Don’t waste time deliberating between keeping your long hair or getting a bob, the answer is easy: get a lob.

Universally flattering on all face shapes, low-maintenance and versatile, it’s the chic cut beloved by celebrities and us mere mortals alike.

We’re yet to meet a lob we didn’t like, but we know cutting your hair can be as anxiety-inducing as cutting off a limb, so here’s everything you need to know about the lob and how to style it to put you at ease.

What is a lob?

It’s a slightly longer version of bob, where the length sits just above your shoulders.

Earl Simms, Kerluxe Celebrity Stylist, says, “The lob is such a popular style because it is a striking look, and yet you don’t have to commit to having short or long hair.”

“It’s easy to manage and allows plenty of room for different looks and styles. If you are used to shorter hair, a lob haircut will be a super easy alternative, allowing you to put it up for going to the gym or whenever you don’t feel like having it down.” 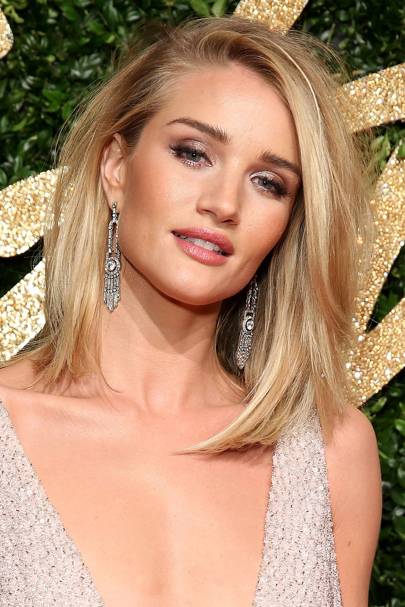 What to ask for at the hairdressers

The lob is now a well-known term and most hairdressers will know what you mean if you ask for this style of cut, but to be on the safe side, Earl says to ask “for a long bob that just skims the shoulders.”

He also advises requesting a centre part for your cut. “This will ensure it is perfectly symmetrical, and afterwards, you will have the freedom to flip it to the other side if needed.”

“However, for anyone with a cowlick that determines where their parting falls, they should be led by this instead.”

What about a lob with a fringe?

You can most definitely have a fringe with your lob, which Earl thinks looks especially flattering on round faces. He recommends going for a long, messy fringe. 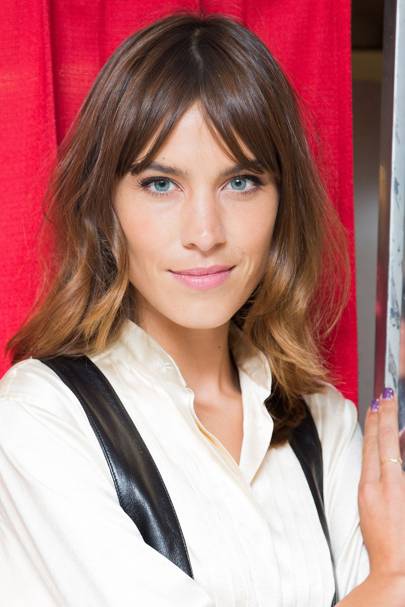 How to style a lob

The modern way to wear a lob is to make it look as undone and effortless as possible, like the tousled look Sienna Miller made famous.

Earl says an effortless way to achieve this is to, “put your slightly damp hair in some large braids, 2-3 maximum for a couple of hours.”

“When you take them out, run your fingers through your hair, and add a small amount of Kerluxe Multi-Tasking 360 Styling Creme (£36) to calm the ends”, then leave to air dry.

Or for a slightly more ‘done’ look, “use a loose barrel curling tong through the hair haphazardly, leaving the ends out, then rough dry with the hairdryer before applying the styling crème from mid-lengths to ends.”

If you want to make your lob look real boss, style it sleek and poker-straight or curved inwards.

Prep your hair with a nourishing hair mask to boost shine, then blast it with your hairdryer, using a downward motion.

Finish by taming any frizz and sealing the ends with a hair oil or serum.

Ways to combat sacks, bruises and wrinkles in the salon and at home