Rosheuvel may be talking about her character’s look specifically, but “genius” can be used to describe nearly every character’s costume on the show. Thanks to a lot of wigs, sideburns, and even fake fringe, most of the Bridgerton cast looks completely different in everyday life.

That’s no surprise, of course, considering Bridgerton is set in Regency-era London. But now that over 63 million households have streamed the lavish series, it’s only normal that some might assume Polly Walker (Lady Featherington) has red hair IRL or Adjoa Andoh (Lady Danbury) walks around with a tiara. Not so!

If you happened to spot the Bridgerton cast in the wild, would you really know what they looked like? (Okay, so you might spot Regé-Jean Page.) Until the inevitable season two comes along, consider this your cheat sheet to help you out. Lady Whistledown would totally approve.

One of your favorite Bridgerton cast members, Golda Rosheuvel, was in the middle of filming episode three of Netflix’s sweeping Shondaland series when she let me in on a little secret about becoming Queen Charlotte. “I’m wearing two wigs,” she reveals. “It’s a wig on top of a wig! And the three feathers are real hair that Adam James Phillips [the show’s principal hairstylist] crafted by hand. It’s genius. Every look is different.”

If you’ve already binge-watched season 1, you may well be wondering if and when a new series of the beloved show will drop, and what we can expect from it.

While Netflix has not yet confirmed Bridgerton’s renewal, we think it’s safe to say it’s on the cards given the show’s popularity. Additionally, various outlets have reported that industry schedule resource Production Weekly has listed ‘Bridgerton 02’ for production in March 2021, though this has not been officially confirmed by Netflix.

There are eight books in total of Julia Quinn’s series, so there’s plenty of material yet to adapt. And now, the show’s creator Chris Van Dusen has confirmed that he’s definitely up for making more seasons, even adapting each of the eight books into eight seasons! 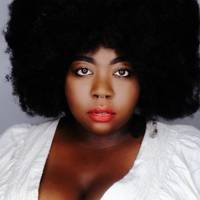 Three black women tell us how to support the BlackLivesMatter

I’ve Watched 13 Going on 30 a Million Times, but I Never Noticed This 1 Detail About the Hair