What did we do with our nights and weekends before the advent of Netflix? Was it going to the park? Illegally downloading movies that eventually corrupted our hard drives? Having actual conversations with one another?

Whatever it was, it feels a world away. But as much as we like to give ourselves a hard time when that “are you still watching?” message pops up on our screen (uh, yes, and please stop Netflix shaming me, Netflix!), the streaming media company does allow for more intentional viewing than, say, aimlessly channel surfing until your brain turns to mush.

With that in mind, here are our picks for what to watch this fall, including original series and throwback films making their debut on the streaming site.

BoJack Horseman is one of those shows that you either love or hate, but if Adult Swim-style animated comedies are your bag, then you’re likely to love it. With an all-star voice cast that includes Will Arnett, Amy Sedaris, Alison Brie, and Aaron Paul, the fourth season, which dropped September 8, sees the show get a little darker with its comedy.

Seinfeld fans, rejoice! On September 19, everyone’s favorite funny man will release his first standup special in decades. Revisiting his pre-fame material from the 1970s and ‘80s (along with anecdotes and video footage from his childhood), the premise seems to be “can these old jokes still be funny 40 years later?” And since he’s, you know, Jerry Seinfeld, there’s really no doubt that they will be.

As of September 1, Pulp Fiction is back on Netflix, and if it’s been more than, say, two years since you last watched it, it’s probably time to revisit Quentin Tarantino’s 1994 cult classic. Yes, it’s gory, but Uma Thurman is iconic, and should you find yourself in need of a last minute Halloween costume this year, you’ll be fully primed to dig out a black wig and a white button down and do your best Mia Wallace impression.

Fred Armisen and Carrie Brownstein are back for the penultimate season of their endlessly quotable hipster send-up sketch comedy show. It dropped September 9, so you’d better get watching before everyone around you starts quoting whatever the Season 7 equivalent to “put a bird on it” is and you have no idea what they’re talking about.

As odd as it may be to title a film after someone’s relatively normal height, the Gaga movie, which you can watch on September 22, seems poised to be must-watch, if for no reason other than director Chris Moukarbel’s upending of the typical “concert doc” format. It follows the pop star as she records “Joanne,” films “American Horror Story,” breaks up with former fiance Taylor Kinney, and deals with both a grueling injury and a friend’s battle with cancer. Needless to say, there’s a lot of crying and raw, emotional moments.

If you missed this film, which stars Kirsten Dunst, Isla Fisher, and Lizzy Caplan, when it premiered in 2012, well, I envy you, because it’s so hilarious that I wish I could go back and watch it for the first time all over again. Think of it as a (much) darker version of Bridesmaids, complete with strained friendships, friendly strippers, cringe-worthy toasts, and a pre-wedding night out gone horribly wrong. If you’re the girl in the friend group who secretly rolls her eyes at bridal rituals, this film, available September 26, is definitely for you.

If you never got on board the Stranger Things train when it debuted last year, there’s still time to binge-watch the first season before new episodes drop on October 27 and everyone you’ve ever met refuses to talk about anything else. This is one of those shows where you should definitely believe the hype, because everything from the cast to the ‘80s throwback aesthetic to the truly terrifying plot twists is excellent.

Joan Didion: The Center Will Not Hold

Joan Didion is nothing short of a cultural and feminist icon, and this documentary, created by Didion’s nephew Griffin Dunne, promises a fresh look into the life and legacy of the notoriously press-shy writer via archival footage and interviews with luminaries (and casual Didion pals) like Patti Smith, Bret Easton Ellis, and Graydon Carter. Oh, and its release on October 27 is sure to launch a renewed obsession with both Didion’s writing and her iconic personal style, so be warned and get your oversized sunnies ready.

Another adaptation of a novel by Margaret Atwood, author of The Handmaid’s Tale, this six-part original series tells the true story of Grace Marks, a poor Irish servant living in Canada, who was accused of murdering her employer and his housekeeper. Directed by Mary Herron and starring Sarah Gadon, Anna Paquin, and Paul Gross, the show, which premieres November 3, looks scary, intense, and completely addictive.

Directed by Noah Baumbach and starring Ben Stiller, Adam Sandler, Emma Thompson, and Dustin Hoffman, this feature film was a hit at Cannes, but instead of premiering in theatres, it will be released via Netflix on October 13. The premise involves estranged siblings gathering to celebrate their artist father, from which, of course, humorous dysfunction ensues.

She’s Gotta Have It

Based on Spike Lee’s 1986 film of the same name, this ten-episode original series will follow a twenty-something, Brooklyn-based artist as she juggles three men. If it all sounds a little too Girls redux for you, consider the fact that Lee is directing and producing every episode, meaning it’s likely to bring new meaning to the concept of “prestige TV.” 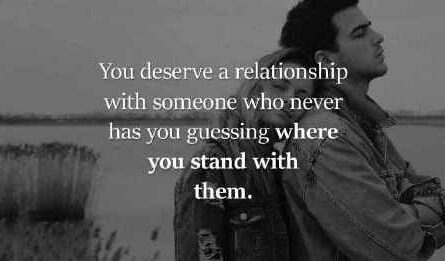 6 Ways to Kill Your Relationship