With more than a billion users, Facebook is probably the most popular social networking site around. Given how vast a userbase Mr. Zuckerburg has accrued, it’s surprising that there aren’t more desktop apps for the platform.

It seems like nearly everyone has a Facebook account, and most users seem to log on at least once a day, one would think there would be hundreds of Windows-based Facebook desktop apps. However, even after a vigorous search, I could only find a few good ones.

There have been some apps which have come and gone, and some apps still exist but are no longer supported. With one exception, all the apps featured in this piece are still active and supported as of the time of publication. 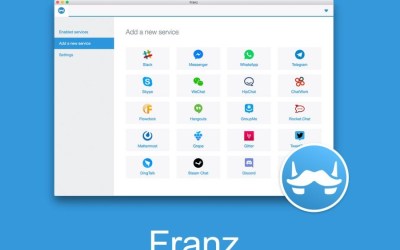 There are a range of Facebook desktop apps, ranging from a simple desktop version of the web page to utilities such as image uploaders and time savers. Most of the apps listed here are either or free or have free versions, and all of them work on Windows 10 or macOS Sierra. I checked each one of them to make sure that they work as advertised and are actually of some value or use to a regular user, and they all passed my tests.

If you use Windows 10 or a Mac and you use Facebook, these are what I think are the best Facebook desktop apps for Windows and Mac.

Facebook Messenger is the obvious logical place to begin our exploration of desktop apps. It is the official Facebook desktop app and it works with both Windows and Mac. It is a neat-looking app that runs well. It stays out of the way when you need it to yet keeps you informed of everything that’s going on when you’re hip deep in Facebook chats. It also has themes, stickers and the usual social media stuff should that be your thing. Facebook Messenger plays nicely with Windows 10 and is a slick app to have on your desktop, as you would expect from the company itself. It’s free too, which is always a bonus.

Franz is a Facebook messaging app that also plays nicely with a couple dozen other chat platforms. I use Franz on my Zorin Linux machine and my Windows 10 computer, as it works across platforms. The app is simple to set up, works with a wide range of applications and makes chatting simple from the desktop. As well as Facebook, it also works with WhatsApp, Google Hangouts, Telegram and others. It’s a neat little app.

The UI is simple to use and uses a straightforward menu system to help manage multiple accounts and chats at once. Franz says it doesn’t track chats or record anything either which in this day and age is a significant bonus to user privacy. It is free too. Franz is currently on version 5.

FMenu for macOS brings Facebook desktop notifications to Apple. You can set it up to show all notifications, filter only important ones and configure it to do a while manner of tasks., such as show wall posts, show only image comments, show your Facebook calendar and a lot more. I only played around with FMenu for 10 minutes for this post but it certainly seems useful.

FMenu is how I like my Apple apps: simple and effective. The UI is slick, easy to navigate and stays out of the way when you minimize it. Given how some Facebook apps just crave your attention constantly, FMenu strikes a good balance between productivity and socialization. FMenu is on version 3.1.

Current is another macOS app for serious Facebook chatters. It’s a chat app with a few neat tricks. Not only does it emulate the Facebook chat window, it also hides in the dock for quick access and can separate different chats into different windows. So if you’re holding several conversations at once, you can clearly follow the flow of each without getting them mixed up. It isn’t free, but at $2.99 it isn’t exactly expensive either.

The UI is very similar to Facebook, so much so that it is easy to forget this is a standalone app. It works well, highlights different messages and shows who you’re chatting to clearly in the top menu of each window. It really is simple to manage multiple conversations at once with this app. Well worth the investment if you have a Mac and chat a lot on Facebook.

Facedesk is for dedicated fans of Facebook. It uses the Adobe Air platform and works as a single use browser that will only work in Facebook. It’s great for separating Facebook life from the rest of your life, but not much use for anything else. The main reason it is on this list is for the way it allows you to log in with a different account than that of your browser. If (like me), you run social media accounts for work, you can have work accounts in your browser or SMM app and your personal accounts on Facedesk, or the other way around.

It isn’t as capable as TweetDeck but if you like the look and feel of the app there is definitely nothing wrong with it. It is free too.

The app is fast, simple and free. The UI is clean and puts the content front and center. It is easy to switch between chats, pages or networks and once you get used to it, there really is nothing to stop you becoming a Facebook master. There is a premium version that allows access to more accounts should you need it.

As a browser extension, Facebook Messenger for Firefox will work on any computer that runs Firefox. It is a chat app that also shows messages, updates and notifications. There is also the option to make voice calls but I didn’t get to test that so your mileage may vary. I have never used Facebook voice chatting as I have WhatsApp for that but if you do, you can do it from here.

Facebook Messenger for Firefox is very useful for if you want to browse or work while maintaining chats in a more manageable way than Facebook’s own little chat window. As a browser extension, it is easy to install and control too.

Socialite is another macOS app that also allows you to interact with other social networks. It can handle Facebook notifications, Tweets, updates, notifications, RSS feeds, Google Reader topics and more. The UI is simple and very effective too. According to the website, it hasn’t been updated for a while, yet seems to still work fine in macOS Sierra.

I wouldn’t usually feature an out of date app in a list such as this but I have used Socialite on and off for a few years now and it still has a place on my Mac desktop.

Bloom is a desktop app for Windows, Mac and Linux that allows image and video uploads to Facebook in a much more efficient way than the usual Facebook uploader. The Facebook media uploader is prone to stalling or failing; Bloom isn’t. Plus, if you’re all about the speed, Bloom seems to work much faster and produce better results than Facebook itself.

If you run social media accounts or use media a lot for social media marketing, or just generally, Bloom could be worth a look. There is a free and a premium version. Free is restricted to 720px images while the pro works up to 2048px and allows you to support Facebook Pages. If you find yourself frustrated at the slow speed of the Facebook uploader, you could try this. Bloom is up to version 3.5.0. 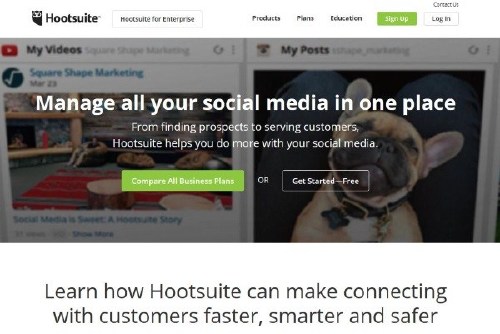 Hootsuite is another social media management program that works with Facebook and any number of other social networks. If you manage social networks as part of your job or just have lots of accounts, it could be worth investing in this app. I have used it before and found it simple to use, easy to manage and it kept multiple accounts ordered and manageable. It isn’t free but it is worth every cent.

While this article is mainly about the best Facebook desktop apps for Windows and Mac, I cannot help but list Messenger Lite (formerly Lite Messenger) for Facebook. It’s an Android app that manages chats much better than Facebook’s own chat program. You can check news and notifications too, so it isn’t all about the chat. Messenger Lite for Facebook is light on resources and doesn’t track or follow your every move too which is always a good sign. It doesn’t ask for limitless permissions on your phone and won’t market or sell at you. For those final features alone it is well worth using.

If you’re a frequent Facebook user, there are many more options than just keeping the browser window open on your computer. Some of these apps do the same things as Facebook only better, others offer different features altogether. A couple even let you manage multiple accounts at once. All of them provide useful Facebook integration that offers real benefits to users.

Do you use Facebook desktop apps on your Windows PC or Mac? Got any others to suggest? Tell us about them below if you do. 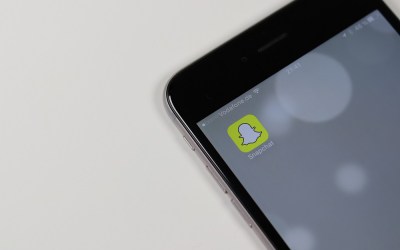 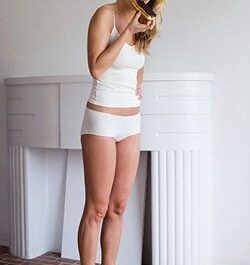