The coffee market in the United States has seen an unprecedented boom in recent years. Right now, there are almost 33,000 coffee shops in the country and their number is constantly growing.

More than 150 million people here drink coffee every day, with each coffee drinker consuming about 3.1 cups a day. This means that Americans consume a total of 465 million cups of coffee every single day.

Looking at these numbers, it is no surprise that so many of us are passionate about coffee.

When you’re passionate about something, you want to share it with the whole world – and social media provides an excellent platform to do just that. However, just posting a cool photo of your coffee on Instagram isn’t enough to capture the attention of fellow coffee addicts from around the world. 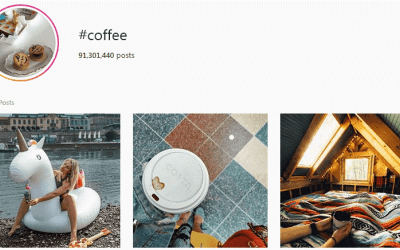 You will also need popular hashtags that best describe the content of your photo.

Starting with the Basics

Since you’re posting a photo of coffee, the hashtag #coffee would be the obvious first choice.

But here’s the thing – as of this writing, there are already more than 91 million posts that use this hashtag. At the same time last year, there were only 64 million, which means that more than 73,000 new photos have been hashtagged #coffee each day in the past year. That’s a lot of competition, especially if you’re new to Instagram and have yet to establish a large following.

While using #coffee in your posts is perfectly fine, you should definitely combine it with other, more relevant hashtags. For example, you can specify the type of coffee in the photo.

There are a few possible options here.

With just over 431,000 photos, #arabica would be a good choice – relevant yet not too competitive. The hashtag #arabicacoffee is also a good option, especially as fewer than 150,000 photos currently use it. But because people are more likely to search for #arabica than #arabicacoffee, going with the former might be a better choice. You would do the same with any other type of coffee.

Keep in mind that some hashtags have millions of photos filed under them, so it might be best to find a less competitive alternative. For example, #cappuccino has more than 4.5 million photos, but the plural form #cappuccinos has just over 22,000. You could also pick a two-word hashtag like #cappuccinolover, #cappucinoaddict, or #cappuccinotime – all three of them highly relevant and not particularly competitive.

Now that you’re armed with the basics, it’s time to get more specific with your hashtag choices. The best way to do it is to address some questions that people may have about the photo you’re posting.

For one, it is always good to specify where you’ve taken the photo. Of course, you should include the name of the restaurant or coffee house in the location field, so that those who follow them can find your photo easily. But to reach a larger audience, you should also use a location specific-hashtag.

The usual choices include #coffeebar and #coffeehouse. Because #coffeeshop has over a million posts already, it might be too competitive to use on its own. So if you took the photo at a coffee shop, using the plural form in your hashtag (#coffeeshops) could be a better choice.

If in addition to the coffee you also want to highlight the mug, you should use a relevant tag. People most often use #coffeecup and/or #coffeemug, both of which are highly competitive. But since you’ll only be using them in combination with other hashtags, you can leave them in. Alternatively, you can once again opt to use the plural forms, as they tend to have much less competition.

Finally, since many people who come across your photo don’t know you, you should introduce yourself in hashtag form. Because coffee is the star of your photo, you might want to use the hashtags to describe your relationship with coffee.

Some of the most popular choices include #coffeeaddict, #coffeelover, and #coffeelove. Yet because people use these hashtags quite often, they are also very competitive. As always, you might want to consider using the plural form or replacing the word coffee with caffeine. That way, you would get popular hashtags like #caffeineaddict and #caffeineaddiction with far less competition.

When choosing the hashtags to use for your photos, there are a few things to keep in mind.

First, settle for a combination of low-competition and high-competition keywords and make sure that they are all relevant to your post. Also, always research your keywords by typing them into the search box on Instagram. As soon as you start typing, the results will show suggested hashtags, as well as the number of posts filed under each of them.

Finally, remember that you can use a total of 30 keywords in a single post. It is thus important to choose your keywords wisely and not waste space on high-competition keywords that have nothing to do with the content of your photo. Keep trying different combinations of coffee-related keywords until you find the one that works best for you. 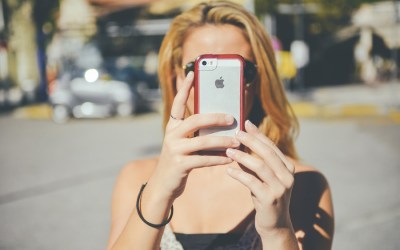 How To Tell if Someone Else is Using your Snapchat Account