She regularly posts on her instagram account @thevoiceofcolour but this week she went viral when she posted some of the racist tweets about the new Sainsbury’s Christmas advert which features a Black family planning Christmas dinner together. Her post amassed almost 550,000 likes and 440,000 shares in a space of three days.

Sarah Beckett, 25, from South London, is on a mission to use her social platform to make Britain more inclusive.

Here she speaks exclusively to GLAMOUR about why she posted it and why she feels as a mixed-race Black woman in Britain that racism still exists.
“The day that the ‘Gravy Song’ Sainsbury’s Ad starring actors: Deenie Davies and Ademide Bodunde went live on Twitter as part of their TV and social media Christmas campaign, I didn’t actually see it myself. My first time watching it was after my partner flagged to me the ugly responses on twitter.

Before I’d even seen the ad I was struggling to understand what could possibly have warranted such disgusting responses such as: “Absolutely sickening”, or “Where are the British people? What fresh hell is this?” or even “You may as well rename yourself Blackbury’s!” amongst many others, some too offensive to re-share.

When I got the chance to watch the ad, I beamed with pride because I thought it was such a lovely and realistic representation of a Black family in this country. Looking back on the twitter storm it had caused, I thought that what I was reading was shocking, but sadly I can’t say I was surprised. It is still very much a reality of how a lot of people in this nation feel and it would be naive to think otherwise. Sainsbury’s has had to deal with similar scrutiny in the very recent past, when they posted their support towards Black Lives Matter during Black History Month.

They are not alone, this year The Black community have dealt with multiple public displays of racism and it has truly been exhausting. From the 24,500 complaints to OFCOM (highest on record this decade) for Diversity’s performance on Britain’s Got Talent, dedicated to BLM, to the backlash against Alesha Dixon’s choice of jewellery when she wore her stunningly charming BLM gold necklace in protest – racking up almost 2,000 complaints, to the scrutiny of Marcus Rashford’s financial investments as a means of undermining his great work getting free school meals for underprivileged children, all the while weaponising his skin colour.

Most recently TV presenter Alison Hammond has also faced racial abuse on different social platforms when she was rumoured as a potential This Morning presenter in replacement to beloved white presenters Ruth Langsford and Eamonn Holmes. “Token Black. Disgusting. Hire on merit and capabilities.” says a twitter user.

In the last few days I’ve struggled to understand or justify the standpoint of those who find representation and diversity offensive. I could only imagine that if you have lived your entire life with white privilege, seeing things progress could threaten your sense of power and entitlement. My hope was that after the eruption of BLM that there would be a shift in the conversation. Although, it would be naive of me to think that this surface level change would automatically implode the systemic oppression in this nation in itself, overnight.

A lot of the conversations going on in the summer were quite US-centric, the police brutality, the gun crime, Donald Trump… However, the UK Black community has historically mobilised a little bit differently than the US, this meant that issues within our own backyard sometimes weren’t being addressed (not as loudly anyway), hence the discourse around the ‘Britain is not as racist’ movement.

There are names that we don’t hear much about like Sarah Read, Marc Duggan and Mzee Mohammed-Daley who have all also been victims of police brutality in this country. There is also little address on the prejudice remarks of our own leaders. Like those of our current sitting prime minister, Boris Johnson, who has been on record using the term “piccaninnies” which is a racist term used to describe black children, or justifying using the term ‘watermelon smiles’ to describe black people as being “wholly satirical”.

These incidents have further proved that backlash behind the Sainsbury’s advert should sadly, not be a surprise. The fact that racists and keyboard-warriors are actively coming out of the woodwork and cyber-protesting doesn’t phase me either, as trolling culture has become prominent in this modern age society. I have gotten my fair share of abuse on my page simply by sharing factual information. 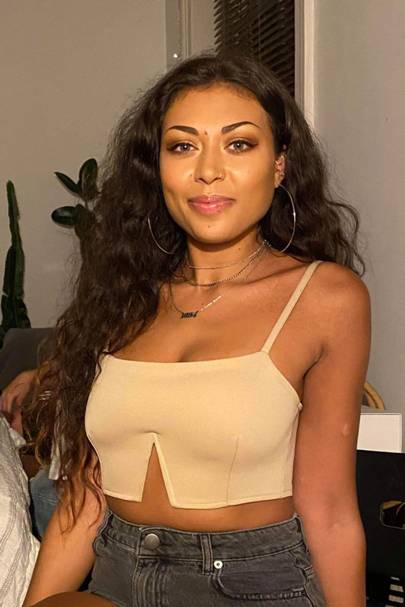 I had launched my Instagram page as a safe space, inspired by the BLM movement. During Blackout Tuesday (2nd June) everyone was quick to post black squares, but a lot of people that should, weren’t really saying anything, and if they did it, it often lacked substance and genuinity. There was a lot of performatism on our feeds.

I realise that I had something to say and I felt obliged to do so. I wanted to create something digestible enough for every demographic to comprehend and empathise with, but also comprehensive enough to not take away from the weight of the message. I named it The Voice of Colour and proceeded to jump on my own little journey of race education for my pocket small instagram following, hoping that even one share would help the movement progress into a better place.

I once had a DM from someone that was spewing hate saying: “You are limiting my free speech!” after I made comments on MY page limited for only my followers who support the cause. It was starting to affect my mental health, and I’ve never felt obliged to provide a platform for hate. I will never be able to agree with the views of a racist, as calling someone a racial slur is not freedom of speech or even a difference of opinion, it’s hate! I don’t want to create space for that level of discourse.

There are also those who are not sitting behind fake accounts, like Katy Hopkins or Lawrence Fox, who have expressed their controversial, biased and prejudiced views, and there is clearly a system that has kept them protected.

All of these incidents including the backlash to the Sainsbury’s advert have been triggering. When people go out of their way to break the algorithm and disturb somebody’s peace, that’s hard to deal with. Not only that, but Black people have to deal with this level of overt and covert racism day-in day-out, on and offline. So every incident will naturally feel like a personal attack as it carries a trickling effect in how society views us as a community.

At Sainsbury’s, we want to be the most inclusive retailer. That’s why, throughout all our advertising we aim to represent a modern Britain, which has a diverse range of communities. We have three stories of three different families in our advertising. Abbie

Yet, we are often gaslit into believing that it’s all in our minds and that Britain is ‘not a racist country’ – as sitting prime minister Boris Johnson claims. It is even harder to understand how even if you find yourself in a strong financial position, get a respected job, provide services to the nation, are a public figure etc. will never be enough to stop you, as a Black person, from being racially targeted, because behind all those accolades you are still Black!

How to move forward: We have colossally underestimated the level of racism in this country, hence why people are still ‘shocked’ at every instant, so the first step is real acknowledgement from our leaders and the collective of British people. Education – learning about Black history in schools is a good start, but we also have to take the initiative to educate ourselves. Change needs to happen within brands and corporations in all levels, not only must companies seek to attract ethnically diverse talent in an ethnically diverse community, they must also work towards retaining that talent and training it up. Representation matters.

As for allies, don’t just distance yourselves from ‘racist people’ (some of those who are right under your nose) please speak out, you have an extremely important role to play and should keep actively challenging racism. When those things come to fruition, then, we might be able to honestly say that Britain is truly an inclusive and tolerant country to live in. Until then, I will keep fighting the good fight, marching, chanting, and posting, one infographic at a time…” 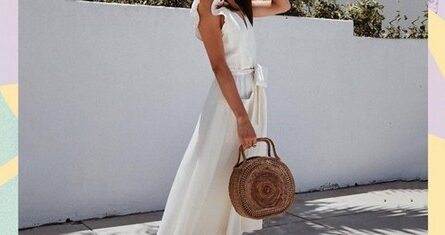