The answer to that question is yes. Jordan is not just another gorgeous guy on Instagram. He graduated from the College of Central Florida with a business specialist degree and eventually made a career for himself out of his charming good looks. 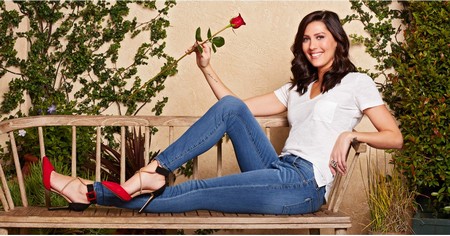 Jordan is currently signed with the prestigious agency Wilhelmina. The agency represents people across the modeling, entertainment, and music industries. Some of their other clients include famous entertainers like Cyndi Lauper and Natasha Bedingfield.

The men on this season of The Bachelorette are really different in their looks and personality, but nobody in the house is anything like Jordan Kimball, the 26-year-old fashionista and male model. Jordan made quite the impression with his carefully planned first night outfit, his savage comments about the other men, and his shirtless appearance during a later episode’s cocktail party in order to steal Becca’s attention away. But what we really want to know about the Jordan is whether or not he’s actually a model.

The Bachelorette: Becca’s 2-on-1 Date With David and Jordan Ended in Total Disaster

Jordan models for brands like Quay Australia sunglasses, was featured on the front cover of John Craig‘s Fall/Winter 2017 cover, and even was part of an “engagement” photo shoot for wedding planning company Lavish Designs and Events (swoon!). When he’s not modeling, Jordan enjoys running and kayaking.

Now that we know how this season plays out for Jordan and his “pensive gentleman look” (translation: not well, unfortunately) we wish him and his portfolio all the best.

It Looks Like There’s Hope For a Set It Up Sequel!