Well, of course there are the best Scandi crime dramas and the best crime documentaries like Tiger King but if you really want to get some self-isolation intelligence points, it might be time to watch something with subtitles so you can put your phone down and actually escape this crazy world we find ourselves in. 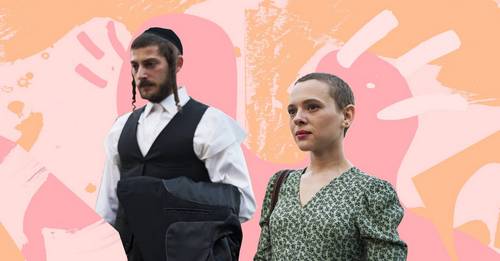 As we continue to live our lives in lockdown and our screen time increases day by day, you may be starting to wonder, is there anything out there that I can binge-watch and test my brain at the same time or bring me a little extra intellectual clout on Netflix?

To help you out, we have delved into Netflix’s plentiful offering to find the best foreign language films and TV shows which will have you hooked from start to finish.

One show that is making serious waves right now is Unorthodox. The German-American drama series, which is primarily in Yiddish, follows a girl who tells the story of young ultra-Orthodox Jewish woman, Esther Shapiro (Shira Haas), who after a disastrous year of marriage, attempts to escape her arranged husband. After making her escape, Esther attempts to make contact with another former escapee, her mother who now resides in Berlin. The suspense…

If you loved Homeland, then you will be addicted to the three seasons of Fauda. The Israeli show follows Doron, a retired Israel Defence Force officer who is taking some time out to work on his vineyard. But soon enough he is pulled back in for active duty after he learns that an enemy he thought was no longer at large is in fact alive and kicking and has his sights set on attending a family wedding. Naturally, Doron can’t resist going undercover and a series of chaotic events occur. It’s gripping TV at its finest.

So, put your phone down, get on the sofa and enjoy our selection of the best foreign films and tv shows on Netflix right now…

Hold up, did the Obamas just win an Oscar?