If you’re not listening to podcasts, you’re missing out on the unique opportunity to transform your commute, gym time, or errand-running into something both educational and entertaining. 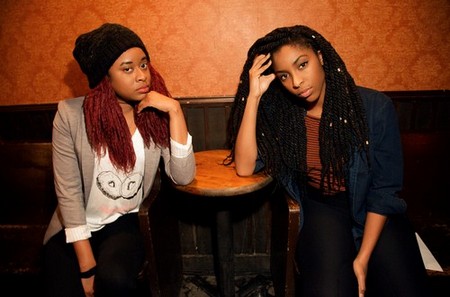 But you’re probably also already aware of that, given that everybody and their mother has a podcast these days and rarely misses an opportunity to talk about it. But thanks to the proliferation of podcasts (seriously, how does everyone suddenly have one?), it can be hard to weed out the great ones from the wastes.

Here are our recommendations in every category, including celebrity gossip, lifestyle, LGBTQ, and, of course, true crime.

Produced by Wondery and hosted by Mike Boudet, Sword and Scale “covers the underworld of criminal activity and the demented minds that perform the most despicable and unthinkable actions,” which means everything from high-profile cases like the murder of Jamie Hahn at the hands of her husband’s supposed best friend, to an in-depth exploration of male sexual child abuse. It’s not all easy to listen to, but it is both fascinating and expertly researched. 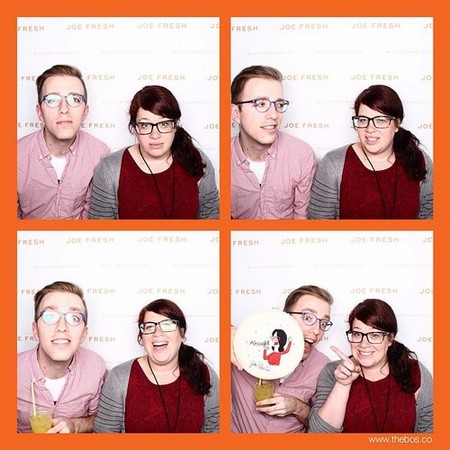 Produced by WNYC, 2 Dope Queens stars Phoebe Robinson and Jessica Williams as the titular queens. They discuss everything from dating to racial politics to pop culture, and with guests like Fred Armisen, Maria Bamford, and Carrie Brownstein, it’s safe to say that if you like the down-to-earth, female-driven comedy of Broad City, you’ll dig this podcast.

If you’ve ever wondered what goes into your favorite songs, this is the podcast for you. Hrishikesh Hirway hosts artists including Björk, U2, The Killers, Grimes, and Solange and they dissect their most popular songs, revealing the complex, insanely specific decisions that went into making them. Vulture called it “probably the best use of the podcast format ever,” and if that’s not enough of a ringing endorsement, consider the fact that, with 122 episodes in existence, pretty much every band you like has probably been featured.

Produced by WNYC, Nancy stars Kathy Tu and Tobin Low, a pair of real-life BFFs, for frank conversations about the contemporary LGBTQ experience. Alongside guests like Lena Waithe, Tegan Sara, Chirlane McCray, and RuPaul, the pair delve into everything from coming out to your boss to bathroom bills.

Four former Obama aides, Jon Favreau, Dan Pfeiffer, Jon Lovett, and Tommy Vietor, are joined by an array of journalists, comedians, politicians, and activists to discuss the news of the day, often informing listeners on how they can take action or incite change, which is a nice alternative to just getting us all riled up and then leaving us to simmer in our rage.

Kind of like Song Exploder, 99% Invisible calls out the things we rarely notice about the world around us. There’s an episode that addresses those inflatable men you always see billowing in the wind at used car lots, another devoted to the history of sports bras, and one about the origin of the fortune cookie. It’s a wide, weird world out there, and apparently, we’re only noticing about 1% of it.

Peabody award-winning producer Lea Thau narrates this sometimes-sad, sometimes-heartwarming, always-quirky glimpse into the lives and life stories of everyday people. Lest it become too voyeuristic, Thau inserts a healthy dose of herself into the series, discussing her troubled love life and traveling to so-called “Trumpland” to talk to people with vastly different political beliefs.

While most podcasts are non-fiction, Homecoming, which stars Catherine Keener and David Schwimmer with cameos by Amy Sedaris, Michael Cera, and Alia Shawkat, is quickly shattering that mold with all the ambition and creativity of a prestige television drama. In fact, the psychological thriller is being adapted into one by Amazon. But the original material, which follows a caseworker at a mysterious facility that integrates traumatized soldiers back into everyday life, is still worth tuning into in its own right.

Serious fashion nerds will delight at this podcast, hosted by industry vets Charles Beckwith, Seth Freidermann, and Lisa-Maria Radano, which discusses everything from the environmental impact of clothing manufacturing to what it’s really like to be a top fashion editor. Guests range from industry insiders like Van Cleef Arpels CEO Nicholas Bos to designers like Naeem Khan to notable writers like Lauren Sherman.

If you’re a fan of Man Repeller founder Leandra Medine’s quirky, style-obsessed sense of humor, you’re probably already aware of her podcast Monocycle, but just in case you’re not, here’s the deal: Medine hosts guests like Drew Barrymore, Lena Dunham, and Cindy Crawford for short discussions about feelings, fashion, french fries, and everything in between. If you’ve ever dreamed of hanging out with the MR team and/or becoming BFFs with Leandra, this is a decent alternative.

Beauty editors Jessica Matlin and Jennifer Goldstein delve into everything from products recs to epic beauty fails, sharing wild stories from the industry, and picking both the brains and the cosmetic bags of guests like Kat Von D, Charlotte Tilbury, and Bobbi Brown.

Is It Cheating Or Is It Not? Here’s Why Everyone Is Talking About Micro-Cheating

Why Settle For So-So? 6 Reasons You Should Be Having Good Sex