However, I still think that the new plans to record pregnant women’s alcohol consumption are a total infringement of a woman’s liberty.

Under these controversial plans for England being considered by the National Institute for Health and Care Excellence (Nice), pregnant women’s alcohol consumption would be recorded on their child’s medical records. The proposal from Nice has been drawn up as part of a consultation to cement guidelines for doctors to diagnose and prevent foetal alcohol spectrum disorder (FASD).

As a mother-of-two young children I understand how important it is to be healthy during pregnancy. Personally, as someone who had fertility issues and conceived my first child through IVF I’m probably at the more cautious end of the spectrum. 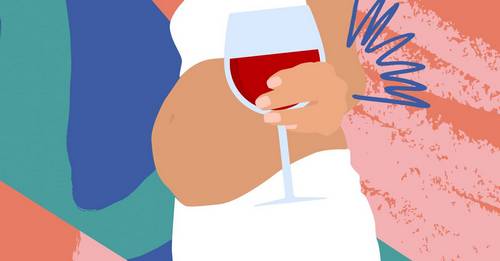 Whilst I understand that protecting the health of unborn babies is paramount, what about the health and wellbeing of the mother who is carrying that child?

Isn’t it up to each individual to decide for themselves what is right for their mental and physical health? I remember a pregnant friend telling me that she had spoken to her midwife about how stressed she was by not being able to have a glass of red wine occasionally. To which the midwife advised her that if it was causing her more stress by not having it then an occasional glass of wine wouldn’t do any harm!

Clearly, I’m not a medical professional, and I’m definitely advocating that women go out and get wasted during pregnancy, because we all know that excessive alcohol consumption is a big no no. Indeed, current guidance from the NHS states that women who chose to drink alcohol during pregnancy should drink no more than one to two UK units once or twice a week. And that whilst there remains uncertainty around it, at this low level there is no evidence of harm to the unborn baby.

So isn’t it all about perspective? A cursory chat with a GP friend today was enlightening. She reiterated this idea that there was a ‘lack of evidence that small amounts of alcohol were safe’, rather than ‘small amounts are definitely dangerous.’ In other words, no one knows for sure whether drinking small amounts during pregnancy has a detrimental effect on the foetus or not. Either way, I think women are entitled to take stock of the stats and judge the situation for themselves.

You don’t have to be a feminist to argue that plans to monitor all expectant-mums’ alcohol consumption are just another way to deomonise women and to stop them being honest and seeking help if they need it. It’s another way of heaping an extra layer of guilt on that already burdened pregnant brain.
And what about the blatant infringement of civil liberties? It raises a huge red flag at what can only be described as the start of a slippery slope which will undoubtedly end abhorrently.

We’re already living in a nanny state in which we are having more restrictions placed upon us than ever. What next? Will pregnant women have to keep a record of how many chocolate bars they eat, how many portions of fruit and veg a day? Or how many times they exercise their floor muscles? Because all of these things affect the wellbeing of a baby’s development and entry into the world too.

To carry a child from conception to birth already places a huge amount of stress on women, both physically and mentally. There are already copious amounts of blood tests, scans, measurements, appointments. Adding this additional monitoring is not only an infringement on their confidentiality but will surely lead to heightened stress, anxiety and worry for more women than it will help. And that’s not to mention the maternal guilt if heaven forbid something goes wrong with that pregnancy, as approximately 1 in 8 sadly do.

Women have fought for years for their rights, and I for one don’t think we should be giving them up easily, especially at a time when we’re possibly at our most vulnerable. Of course, there will be exceptions, cases where professionals see it necessary to intervene in order to protect the unborn baby. But for the majority of women protecting that life inside them is already their sole aim, and something which should be entrusted to them with the privacy and integrity that it deserves. 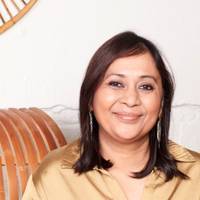 How to recognise and overcome your own unconscious bias