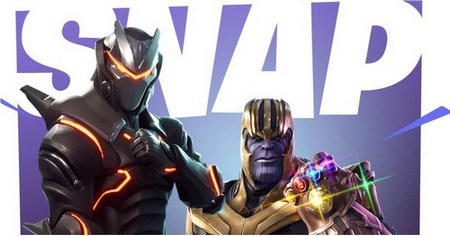 Unless you’ve been living under a rock, chances are you’ve at least heard whispers about two of the most-talked about phenomenons of 2018: Fortnite: Battle Royale and Avengers: Infinity War. And while the video game and movie (respectively) don’t seem to have a whole lot in common, on May 7, the internet was set ablaze with the news that in a mere 24 hours, a mash-up of the two ultraviral franchises will be set loose upon the world.

Fortnite, a multiplayer co-op centered on 100 players fighting to be the last man standing, has been the breakout game of the year thus far. And according to Entertainment Weekly, the limited-time run of the Avengers-themed gameplay will feature an Infinity Gauntlet. “The artifact containing all six Infinity Stones – the same one Thanos used to cripple Earth’s Mightiest Heroes on the big screen – will appear on the map,” it reported, adding, “Whomsoever finds and equips it will transform into Thanos himself, wielding all the power that comes with him.”

Trying to say this without spoiling Infinity War…

While details are being kept under wraps at this stage – and there’s no indication as to what Thanos’s involvement will, in fact, be – you can bet we’ll be keeping a very close eye on social media until the mash-up drops. So stay tuned, and at the very least, make sure your Fortnite is fully up-to-date (and your credit card information accurate!) as we have a feeling you’re going to want to check out this new development ASAP.

A New H.P. Lovecraft Horror Adaptation, Is Coming to Scare the Absolute Sh*t Out of You