If you’re anything like us, you probably spent the best part of an hour (yep, it really did last that long) completely slack-jawed during the Love Island scene whereby Faye Winter went a *little* wild at her partner in the villa, Teddy Soares. Let’s just say it wasn’t a comfortable watch.

Since, OFCOM has received over 25,000 complaints, calling for action to be taken against Faye for her behaviour, but Faye has now apologised. In what might be the most surprising news of all, though, Teddy’s family have reacted to said apology, and they seem to have taken it on the chin.

It came as they opened up Teddy’s Instagram Stories to a Q&A from the public. When asked about their feelings towards the way Faye acted (more on what happened below), they said: “We have to bear in mind, we’re not shown the entirety of every situation.

“Yes, we don’t agree with how Faye reacted but if her apology was genuine then we see potential growth. We are happy Teddy conducted himself as a true gentleman would.” We can see where he gets it from. 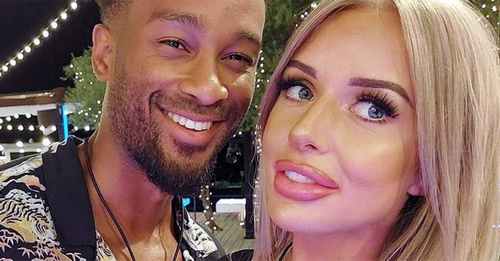 If you missed it, the uproar came after Faye was shown a clip from Casa Amor whereby Teddy admitted he was “attracted” to Clarisse. Nothing went any further – in fact, the pair barely shared another word and Teddy remained faithful, but Faye claimed to feel blindsided that she wasn’t aware. It caused her to fly off the rails, and she went on to swear at and call Teddy several names.

Another fan asked if Teddy was a “pushover” for forgiving Faye after she apologised, to which his family replied: “You can’t knock a man down for fighting for what he loves. Teddy was trying to understand what Faye’s reason was for being triggered. He felt he stayed true to himself at Casa Amor and he wanted Faye to understand that. Teddy is not here for drama, he’s here for love.” Our. Hearts.

Will the family accept #Feddy once the couple are out of the villa? “We haven’t seen everything,” they explained, when a follower asked. “We’ve only seen one-hour episodes that are tailored for entertainment. Teddy’s family would accept and support anyone that makes him happy.” We can’t cope.