It was a confluence of West Coast optimism, Hollywood imagination, and California’s come-up during the automobile age that created the Golden State’s peculiar roadside attractions. All along the freeways, there are buildings in the shape of donuts, dinosaurs, ice cream cones, and pianos – architecture-sized ads for the goods you might find inside. Officially, these are examples of what’s known as programmatic architecture, but L.A. historian Jim Heimann simply describes them as “crazy.”

Heimann’s new book, California Crazy: American Pop Architecture (Taschen, $60), traces the origins of these eccentric icons back to the beginning of the 20th century, when a fledgling California was “a perfect incubator for the outrageous and amazing,” he writes. “What Los Angeles lacked in history it made up for with space – a wide geographic area devoid of development – and an optimistic attitude that anything was possible.” The pages document the whimsy and unapologetic experimentation that blossomed during that era. Below is a short list of our favorite examples. 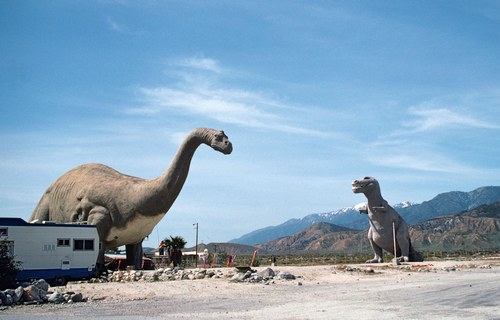 After donut machine salesman Russell C. Wendell launched his Big Donut chain in 1949, he subsequently built 10 locations in and around Los Angeles. Some were taller than 30 feet.

The California Piano Supply Co. quickly became known as the Big Red Piano in 1930, thanks to a design by architect Frank Gaw.

The owners of this 30-foot-tall leg had a penchant for spectacle. When they opened in 1948, they raised actress Marie Wilson up to it via crane.

In the 1960s, the 21-foot-tall fiberglass structure on top of Malibu Fosters Freeze was originally a waiter holding a hamburger. In 1988 he found new life as a caricature of a Mexican man thanks to artist Bob “Daddy-O” Wade.

Surprisingly, the 1931 building sold burgers and sandwiches – not amphibians.

Not only did the owl’s head rotate, its Buick headlamp eyes blinked. Roy Hattrup designed and built Hoot Hoot in 1926, and his wife, Tillie Hattrup, ran it for nearly 50 years before its demolition in 1979.

All types of food, from chili dogs to bowls of chili, were transformed into programmatic architecture.

The pages of Heimann’s book are filled with myriad coffee shops in the shape of pots, cups, and kettles. Coffee Pot, a former cafe on Beverly Boulevard, graces the cover. 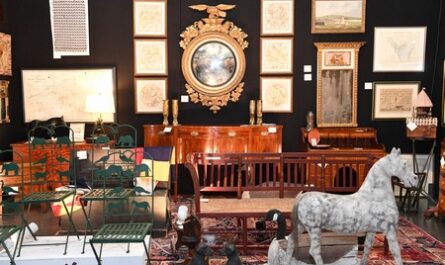 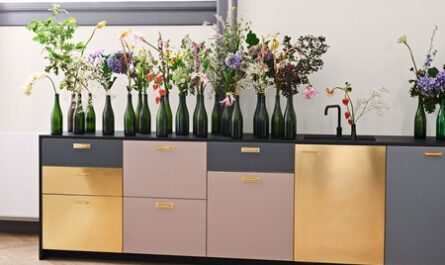 Forget Everything You Thought You Knew About Laminate Countertops 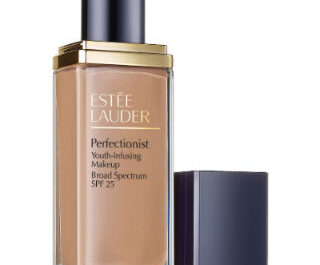