Award season has officially begun, as last night, Hollywood’s hottest stars stepped out in their best for the 77th annual Golden Globes in Los Angeles. There were a number of glamorous gowns, as well as a few statement numbers that really stood out. For example, our jaws dropped when we first saw Kerry Washington’s risqué harness and blazer combo. And stars like Nicole Kidman and Scarlett Johansson stunned in red. Another big trend for the night: Princess gowns with whimsical tulle and balloon sleeves. ICYMI, scroll through for the best looks from the 2020 Golden Globes red carpet. If there is one person we can count on to bring glamour to the red carpet, it’s Nicole Kidman. The Big Little Lies star stunned in a strapless red column gown by Versace. One word: Wow. Kerry Washington stole the show in this jaw-dropping number by Altuzarra complete with a body chain hanging from her chest. The Politician star lit up the red carpet in a billowing yellow jumpsuit by Fendi, with exaggerated bishop sleeves and a dramatic plunge neckline. Awkwafina made history as the first Asian actress to win a Golden Globe Award in a lead actress film category for her role in The Farewell. She certainly looked like a winner in this classic black and white gown by Christian Dior couture. 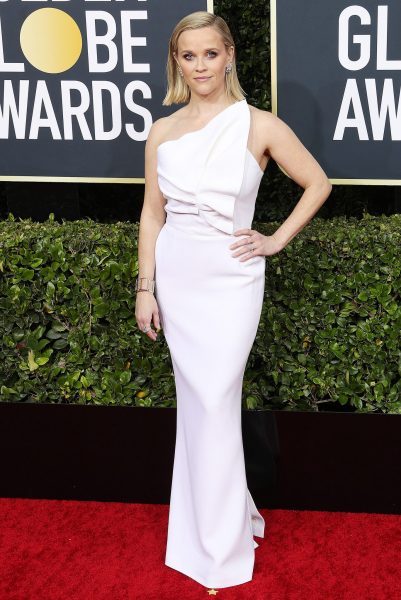 The Showtime star returned to the Golden Globes red carpet in an ethereal, embroidered gown by Rodarte. Leave it to Jennifer Aniston to bring classic style to the red carpet. The Morning Show actress kicked off award season in a strapless black gown with a ruffled bodice by Dior Haute Couture and a vintage Cartier necklace. Scarlett Johansson was a knockout in this red plunging gown by Vera Wang. Her slicked-back hairstyle showed off her facial features – and glittering choker by Bulgari. Nominated for best actress for her starring role in the film Harriet, Cynthia Erivo graced the red carpet in a custom, black and white beaded tuxedo gown by Thom Browne. Cate Blanchett was a work of art in a yellow column frock by Mary Katrantzou, complete with a Swarovski jeweled bodice and frilled bolero sleeves. Just look at it from the back. The Unbelievable star led the print trend in a Valentino gown that looked straight out of a fairy tale. 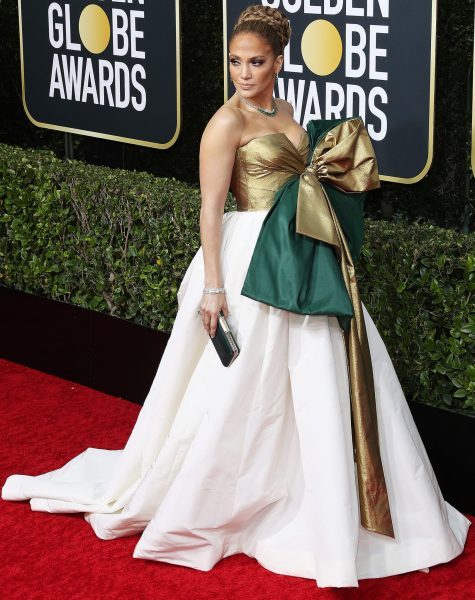 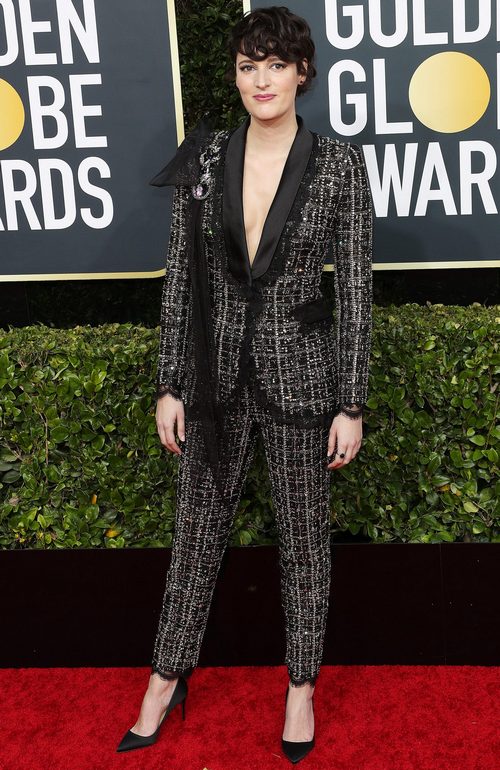 What’s not to love about a glam pantsuit? Phoebe Waller-Bridge, who won best actress in a comedy or musical television series for her role in Fleabag, certainly didn’t disappoint in this femme suit by Ralph Russo. Hot off the premiere of Cats, Taylor Swift hit the Golden Globes red carpet in a blue and yellow floral gown by Etro.

You’ll Wear Them Every Single Day of the Week

The 10 Most Comfortable Bras To Wear At Home

Because We Can’t Say No to a Good Sale