Sam Asghari should teach a master class in gift giving, because after seeing his latest present for fiancée Britney Spears, we would happily sign up. On Friday, Sam shared the news that he surprised Britney with an absolutely adorable Doberman puppy named Porsha. 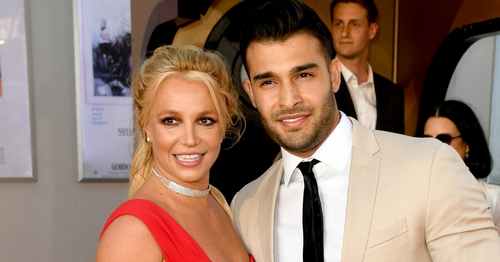 “She’s meant to unconditionally love you,” he said in an Instagram video, adding that Porsha will be “trained to protect” Britney from anyone “that comes around with bad intentions.”

Britney and Sam got engaged in September, and he has been incredibly supportive of the singer during her conservatorship battle over the last year. Sam did not hold back his excitement when Britney’s father, Jamie Spears, was suspended as her conservator on Sept. 29. Now, the couple has even more to celebrate with Porsha in their lives. Check out cute photos of Britney and Sam’s new puppy ahead.

Following the HBO Max premiere of their If I Can’t Have Love, I Want Power film, Halsey made her return to the stage during Saturday Night Live‘s Oct. 9 episode, which was hosted by Kim Kardashian. 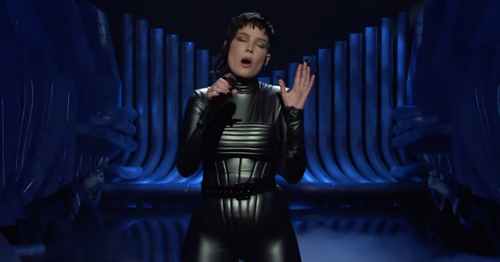 Dressed in sleek black catsuit, Halsey commanded the stage as they performed “I Am Not a Woman, I’m a God” before switching things up in a black dress and bringing out Lindsey Buckingham for a rendition of “Darling,” featured on their fourth studio album.

Halsey’s appearance marked their fifth time on the show and fourth as the musical guest, but it was also extra special as it was her first major performance since they welcomed their child, Ender Ridley Aydin, with partner Alev Aydin in July. Check out Halsey’s latest SNL performance ahead.

Adele is officially back! The “Easy on Me” singer announced an upcoming two-hour special on CBS and Paramount+ titled Adele One Night Only, in which she’ll perform new songs from her upcoming album 30 and some of her classic hits (fingers crossed we get “Hello”). 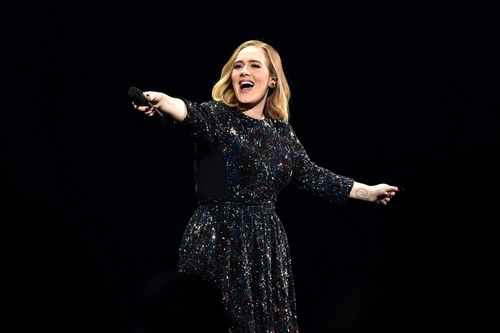 Additionally, she’s sitting down with Oprah Winfrey to talk about the meanings of some of her new songs; her divorce from Simon Konecki; parenting their son, Angelo; and her weight loss, according to the network. I really wouldn’t miss this if I were you!

The album’s debut single, “Easy on Me,” was released on Oct. 15 and is quickly soaring up the charts, with Billboard predicting it will make a significant placement on the Hot 100. In the ballad, the singer asks for forgiveness and empathy, but it’s ambiguous on whether or not that’s from Simon or Angelo – the latter of whom, she told Vogue, will hopefully understand the decision to divorce after listening to 30 as he gets older. Perhaps we’ll get answers to all these burning questions during her Oprah sit-down. The new album comes out on Nov. 19.