As of February 2020, 90% of beauty brands have a product containing CBD. Ok, I made that up (#fakenews), but it often feels like it could be true. Not a day goes by in the beauty department without yet another delivery of a serum or supplement containing the buzz-worthy ingredient.

CBD, a non-psychoactive component of cannabis known as a cannabidiol, is known for its antioxidant and anti-inflammatory properties. In the right formula, can help to soothe and strengthen the skin, so its popularity makes sense. However, for many there is a fundamental issue in the way these products are being marketed.

We may earn a commission for products purchased through some links in this article.

Given the ingredient’s origins, marketeers haven’t hesitated to apply all manner of puns, ploys and shock advertising playing on recreational drug use. Cannabis leaves adorn the bottles of luxury skincare serums and colloquialisms relating to drug culture are widely adopted into product names. Milk Makeup is known for its line of “Kush” products, including a lip balm, mascara and brow gel.

Descriptions on the website talk about the “hiiigh volume” the mascara offers thanks to its “puff puff brush”, and the brand’s social media feeds are peppered with cannabis leaf imagery (the brand also sells a temporary tattoo stamp in the shape of the leaf), as well as drug paraphernalia like the clear plastic dime baggies typically used by drug dealers. Another beauty brand, Ouai, sells its Anti-Frizz hair sheets in box styled to resemble a cigarette packet, with a label saying “Frizzy Hair Kills”, as well as a Chill Out Kit, which includes a glass jar with the words “Smoke Ouai Everyday” printed on it.

“Youth culture and drug sub-culture have had shared roots in language and popular slang since the 60s, but it isn’t until recently that this slang has made it onto the shelves of commercial retailers,” explains Alexia Inge, founder of Cult Beauty. “To differentiate amongst an abundance of new brands, marketeers will grab at anything that attracts free attention and will rinse the trend until it no longer works!”

It wasn’t long before Estée Laundry, the anonymous collective holding the beauty industry to account, called out the brands for “weed washing”. Estée Laundry regrammed an image of Milk Makeup’s dime baggies to their 150,000 followers alongside the caption, “You know what needs to drop? Using drugs to glamorise beauty products.” As more and more brands jump on the drug culture bandwagon to promote their products, are we at danger of normalising, and indeed glamorising, drugs that are harmful to health as well as promoting a market that often abuses human rights? 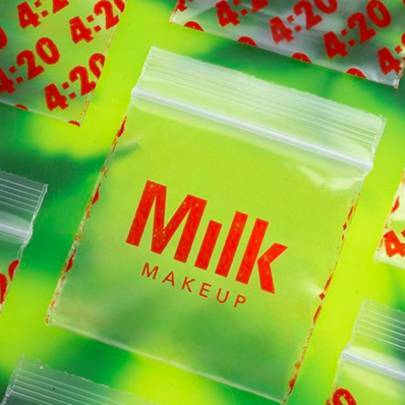 “All the examples I’ve seen have been hugely tongue in cheek, with a healthy dose of self-parody,” says Alexia. “It’s close to the wind but I don’t think it’s glamourising drugs, more borrowing ‘cool’ from the sub-cultural movements that propagated the term. I’m much more worried by products that manipulate people into thinking they are lacking in some way, for example, using terms such as ‘Whitening’ or ‘Skinny’.”

Others, however, are not so sure; “Exposure to drugs in any form is a challenge for people in recovery,” says Joe Griffiths, deputy CEO of Hope UK, a charity that helps young people make drug free choices. “It is very possible that an increasing use of drugs in beauty products can be problematic to someone in recovery. We also worry that it softens young people’s attitudes to drugs and makes them more likely to experiment in them. All dependencies start with someone trying something for the first time.”

There’s no doubt that the beauty industry isn’t wholly responsible for the appropriation of drug culture. Plus, drugs have featured in wider culture for years. When the film Trainspotting was released in 1992, it faced fierce criticism for glamorising heroin use. More recently, films like The Wolf Of Wall Street had audiences gawp at the luxury lifestyle of Jordan Bellfort, a cocaine addict and alcoholic, while Pineapple Express had them chuckling at Seth Rogan’s character fleeing from corrupt police and a hitman, all the while becoming increasingly stoned.

Then, of course, there’s music. “Artists like Post Malone rapping affectionately about Codeine, and the plethora of artists, such as Big Shaq rapping about Cannabis use, are certainly glamorising drug culture,” says Joe. “As a society, we need to talk about all aspects of drug-use. For example, whilst Cannabis ‘chills’ some people out, it has also been linked with mental health issues, including anxiety, paranoia, and in some cases schizophrenia, amongst young people.”

It’s for this reason that some people believe that honing in on the beauty industry as the perpetrator of drug culture promotion is facile at best, and damaging at worst. “Spending time and money regulating this distracts from the real issues driving the youth of today to take drugs,” argues Alexia. “This includes lack of education and jobs as well as a general feeling that they need to escape from the realities of the world.”

Rihanna shows off her makeup-free face 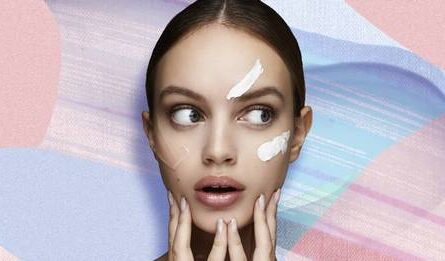