Not only this, but all the while we are gaslighted, stereotyped, or dismissed as “woke” for talking about how we feel.

Even “woke” being used as a pejorative can be painful, given the word was originally coined by African-American anti-racism activists to refer to people aware of racial inequality; it has now been co-opted by people hostile to anti-racism activism. And seeing Black people, like Femi Oluwole, regularly invited on television to talk about racism only to be shouted over by far-right demagogues like Nigel Farage, abetted by presenters, and accused of being “extremist” is traumatic to watch.

It’s all the more painful after the popularity of the Black Lives Matter protests, because it is now clear that this treatment is clearly a conscious and purposeful decision – and it is as if society has simply lost interest in listening to us, and now wants us to be quiet. 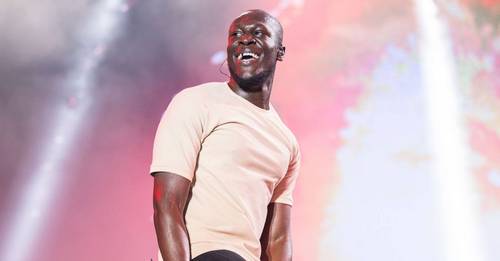 It’s been a difficult summer for Black people – in more ways than one. The death of George Floyd sent shockwaves around the world. COVID-19 hit Black communities hardest due to the structural inequalities in British society. As time went by, push back against Black Lives Matter protests grew; soon, there were far-right rallies in Whitehall where people threw Nazi salutes and sang about burning Black people.

Culture wars developed as a vehicle to delegitimise Black concerns, with the lyrics to songs celebrating violent and genocidal colonialism – like “Rule! Britannia” – given more protection, consideration, and air-time than the lives and struggles of Black people.

That is why, when “Superheroes” was released this week, dedicated to Chadwick Boseman, it felt like sunlight; as a Black woman, I felt like I could breathe properly for the first time in a while. Stormzy’s song, and Stormzy’s music video, is unapologetically and unreservedly Black – and it explores issues facing our community without being spoken over, delegitimised, or mocked.

It depicts Stormzy flying around with a young Black kid as superheroes, showcasing the community’s talent both with visuals and with audio. Watching the video made me feel safe – it made me feel seen, it made me feel heard. In a world hostile to you, and in a world that tries to convince you that the things you experience are in your head, seeing a video celebrating Blackness in such a beautiful way while addressing the systemic issues feels like oxygen. It felt empowering in the face of attempts to make you feel powerless.

And I cried as I watched it a second time after finding out the video had been premiered in schools; it is hard to explain what showing a video like that at school would have meant for me when I was a kid. When I was eleven, I had a teacher say to me: “you work hard, considering you’re Black”- something which always stuck with me. So, in an education system that is systematically biased against Black kids, the value of reminding Black children that they are beautiful and talented – especially in times like these – is immeasurable.

And what Stormzy means for many Black people cannot be underestimated – with his commitment to being unapologetically Black, and unapologetically celebrating blackness. He used one of his performances at the Brit’s to demand action for Grenfell, rapping “Theresa May – where’s that money for Grenfell? You think we just forgot about Grenfell? You criminals” – and he’s called out Prime Minister Boris Johnson’s record on anti-Black racism – even releasing a song in which he raps “fuck the government, and fuck Boris”.

He has launched a scholarship for Black students to attend Cambridge, pledged £10m to fight racial inequality over the next ten years, and been frank in stating the UK is racist – an incredibly brave thing to say in a media so hostile to Black people.

In many ways, Stormzy has been a voice for the millions of Black people in the UK – who are too often ignored in the public eye, too often overlooked, and too often dismissed. We are under-represented in politics, under-represented in television, under-represented in journalism, and underrepresented in just about any profession which wields significant public influence and power. As a result, the discussions about us are not led by us – they end up being dominated by white people, leaving us alienated, and often painting us as unreasonable for asking for the most basic forms of respect and inclusion; that is why voices like Stormzy’s are vital.

And that is why Stormzy’s video is so special – because it is a sea of calm, beauty, and honesty in a world of anti-Black spin and lies. And it meant, while I watched it, that I was able to mentally detach myself from the culture wars and the toxicity mounting in discourses around the issue. And it reminded me that we don’t need the approval of a white society for our experiences to be real, our voices to be heard, and our lives to matter.