I offer this cutesy retelling of my sister’s semitraumatic bullying during our adolescence because that’s an example of a relationship where it makes sense to work through differences and make amends.

Other examples would be your roommate who keeps leaving their towel on the bathroom floor, your coworker who forgets to return your pens, or your neighbor who plays their Spotify Daily Mix a little too loudly in the mornings. One relationship that is decidedly not on this list is the one between you and the far-right extremist who believes so fervently in the mockery of a man who promised to make their bigoted dreams come true that they besieged the US Capitol on Jan. 6.

When my sister and I were younger, we were at each other’s throats like opposite sides of a stan war. It was never physical because we both knew that going so far would invite the wrath of our small yet vicious Haitian-born mom, but we threw verbal jabs at one another like we wanted them to cut into flesh and render each other bloody. After every screaming match, my mother would tell us that we were sisters, and because of that unchangeable bond, we had to get over our differences and unite against outside forces that would happily harm us.

Eventually, we’d patch each other up, let go of our qualms, and bond over our mutual hatred of Lucas and Peyton’s relationship on One Tree Hill. 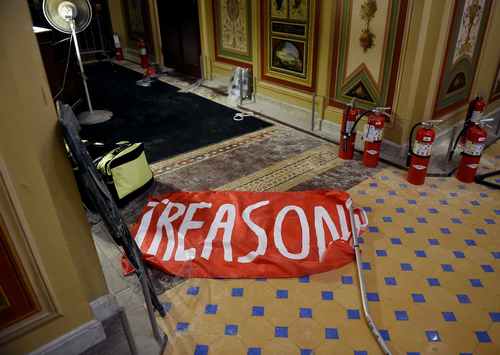 The moment Joe Biden and Kamala Harris were projected as the winners of the 2020 Election on Nov. 7, political pundits on both sides began to sow seeds of “unification” in listeners’ ears. The idea that Biden voters should show empathy for Trump supporters has become a topic of discussion, as if those supporters are owed some solace for losing the election. Even celebrity figures are getting in on the action, with Dave Chappelle using his opening monologue for Saturday Night Live‘s Nov. 7 episode to ask Biden voters to be “humble” in their victory.

Over the last four years, the only thing the Trump presidency has done efficiently is embolden racists, white nationalists, and QAnon believers. Whether they voted for him in 2016 or 2020, they did so for policies bred from hatred. They voted for a man who accepted endorsements from neo-Nazi groups, pledged to build a wall along the US-Mexico border, called for rollbacks of federal healthcare protections, initiated the “Deploy or Get Out” policy, tried to start a “Muslim ban,” attacked Roe v. Wade, rolled back existing LGBTQ+ protections, and did everything wrong when COVID-19 hit.

The insurgents who invaded the Capitol with no fear for their lives didn’t do so because they were worried about the economy or about the state of the world, they did so because of a threat to their power.

Everything the Trump presidency has ever stood for has been to keep marginalized communities under the boot of oppression. Though Trump’s base is wealthy white people who know what he’s doing, his supporters tend to be (largely) white masses who believe everything wrong is the fault of those who are different from them. The people who see immigrants as invaders, Black people as mindless thugs who need to be put down, and everyone else as obstacles to their battle to “make America great again.”

The insurgents who invaded the Capitol with no fear for their lives didn’t do so because they were worried about the economy or the state of the world. They did so because they were throwing a tantrum at a threat to their power. A video from the insurrection by Robert Moore, ITV News Washington correspondent, shows people talking about going into “their” building, where the people there work for them, and demanding that their election be put right because the country stole it from them.

There are a lot of reasons to be angry about the uprising and even worried about what will happen next (because something will happen next). What I won’t abide is any call for forgiveness or the talking point that the left should extend compassion to those who stormed the capitols in DC, Georgia, and Kansas. What compassion should I have for the people who fly the flags of white supremacy? Why should I try to understand people who think the best version of our country is during the Jim Crow era or people who reenact the murder of an innocent man for sh*ts and giggles? Why do they deserve grace when they’ve done nothing but do their best to violently ensure their power remains intact? 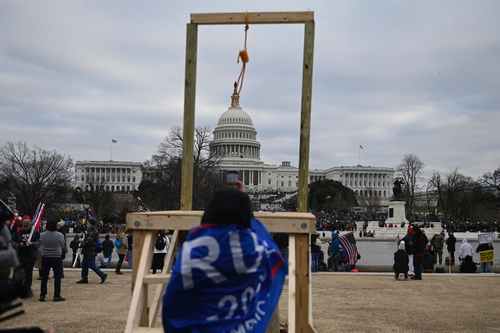 For so long, the narrative has been that those who support the Republican party and have supported Trump are afraid. Economic anxiety, they called it. But if his supporters were truly concerned about the future of their economic prospects, they wouldn’t trust the man who hasn’t delivered a majority of his promises and can’t even provide them with financial security during a pandemic! At the root of it all, racism got Trump elected, and it’s what fueled his followers to do their best to overthrow the results of a free and fair election in a fascist attempted coup. Just as Trump’s election was a response to Barack Obama’s presidential run, this insurrection was a response to those supporters’ perceived threat to white supremacy with the election of Joe Biden, his multiracial cabinet, and a Democrat-controlled Senate.

What do I have to say to people who equate the Black Lives Matter movement to white power tantrums because of lost elections? Am I supposed to give mercy to the Republicans who backed Trump’s claims that the election was stolen and the results should be contested?

Are we supposed to forget that they spent four years stoking the flames of his madness? Just pat Mitch McConnell on the head like he didn’t do his damnedest to keep us from receiving substantial aid during a pandemic?

I do not doubt that after Joe Biden and Kamala Harris are sworn into office, the major talking point will be that this is a time to “heal together” and “move forward as one nation.” Hell, it’s already happening. But the truth of the matter is, this has never been one nation. We have always been divided, and we will continue to be so as long as we have one set of laws for Black people and another for white people, a law system bolstered by our radicalized two-party system.

It’s a system where one side casually slips into a full-blown fascist cult that blithely starts separating children from their parents with no chances of reuniting them, stripping people of their reproductive rights through mass sterilization and other policies, and generally does its best to f*ck over the American people while pointing the finger at everyone else. Then, the other side plays the part of progressive politics while stalling on making any actual decisions until it’s too late and their hands are forced or there’s nothing to be done. A party that continues to pander to the people who hate them, rather than focus on those who continue to vote in their favor. 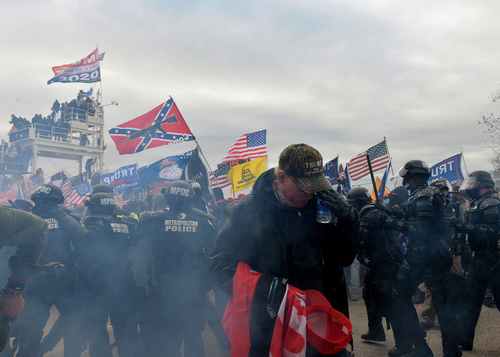 I don’t have the solution to fix the foundational rot this country was built on or the corrupt roots that make our system what it has always been – though there are plenty of people who have great ideas – but I do know that I will not go into this new year and presidency as if the past four years haven’t happened. I will not indulge the idea that there is some accord to reach with people who continue to fight for white supremacy on every possible level. I can’t believe that there’s a common view to be had with people who villainize those fighting for their humanity and defend those who would rather oust democracy than lose their power.

Why isn’t the message to change directed at the people who keep voting for white supremacy, transphobia, homophobia, xenophobia, climate change denial, and misogyny?

Why is it that the price of unity has always been at the cost of our freedom? Why is it the job of those who are constantly denied their humanity to compromise? When the far right loses an election, they don’t actually lose anything. When the left loses or “gives in” a little, it’s at the cost of our healthcare, our wages, our education, and our actual lives. Why doesn’t the message of compassion lead to positive change in the lives of those who need it? Why does it always serve those who have been at the top the entire time? Why isn’t the message to change directed at the people who keep voting for white supremacy, transphobia, homophobia, xenophobia, climate change denial, and misogyny? People who continually vote against their own interests because they continue to put white power over the country every day? But I’m supposed to be the bigger person to establish a cordial relationship? I think the f*ck not.

Stop asking how Democrats will “bridge the divide.” Making the losers feel like they won is not how Democracy works. It’s not our job to fabricate a soft spot for whiteness to land after they tried to drop kick us in the face.

They’re the ones born with parachutes.

Until the day comes when we can “come together” to figure out how we can all get what we need from our government and each other, do you know who can talk to them? Other white people. Talk to your friends, family members, church members. Extend the hand of “get it together” instead of silently seething and then telling us about how awkward your Thanksgiving dinner was.

People have joked that civil war is imminent, but I don’t think it’s ever been more clear that this country is a failed state and Joe Biden’s presidency isn’t a quick fix for that. If anything, this siege has proven that change won’t come peacefully. At this point, we can’t go back to the way it was or we’ll be repeating ourselves in another 10 years. And I’m not going to do that.

Get Sweaty With This At-Home 20-Minute Bodyweight EMOM Workout