In the sequel, a mall heist leads to a bevy of artifacts going to the Smithsonian, where Diana and Dr. Barbara Minerva (Kristen Wiig) work. Barbara and Diana are stumped by the origins of a stone that turns out to be a Dreamstone, which grants the person holding it with a wish with a catch.

Barbara wishes to be more like Diana, who wishes she had more time with Steve. The former finds herself stronger and faster than she ever imagined, while the latter discovers that Steve has been resurrected – well, sort of. Since Steve is dead (and his body is probably irreparable), the stone grants Diana her wish by putting Steve’s consciousness into the body of an unsuspecting stranger played by Kristoffer Polaha.

A lot goes down in the action-packed sequel Wonder Woman 1984, but ever since fans got their first peek at the follow-up to the record-breaking 2017 film, the biggest question on everyone’s mind has been how Chris Pine’s Steve Trevor fits into the madness. Pine’s return in the sequel was announced in a tweet from director Patty Jenkins back in June 2018, in which she shared a photo of Pine, writing, “Welcome to WONDER WOMAN 1984, Steve Trevor! #WW84.”

But as we all recall, Steve died during the climax of the first film when he hijacks a plane carrying a bomb headed for London, flies it to a safe height, and deliberately blows it up with him still inside. So, how does he come back in WW184? The answer is a wish. 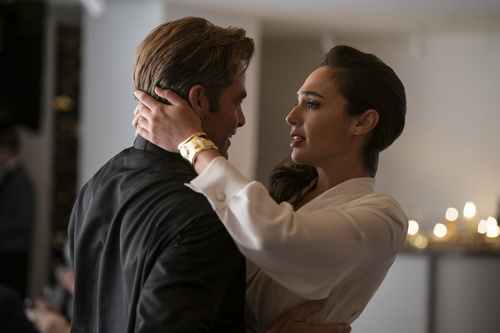 The newly “alive” Steve vows to embark with Diana on her mission to stop oil magnate Maxwell Lord (Pedro Pascal), who nabs the Dreamstone after seducing Barbara and plans to do all sorts of devious things with its power. The reunion is a sweet reversal of the first film, only this time Diana introduces Steve to the wonders of the modern (for them) world.

But as the two hunt down Max – who wished to become the Dreamstone and gained the power to grant wishes from others with the caveat that he has the choice of taking something from them – they realize that Diana’s wish comes with the price of her powers, which she begins losing as the film progresses. With the help of Barbara, they learn that the only way to stop the Dreamstone is for people to renounce their wish, but none of them are quite ready to let go of what they’ve gained. 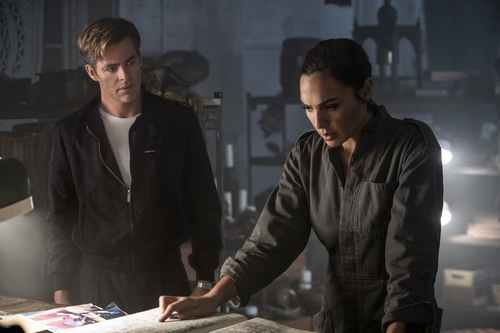 Max’s plans lead him to a military base aided by Barbara, who has gotten a second wish to become an “apex predator.” He plans to broadcast his message by telling the world to make a wish with a satellite transmitter that sends particles allowing him to “touch” everyone who hears it. This way, he can feed the insatiable desire the stone has created in his body to grant a wish, and in return, he’ll sap the health of everyone to cure the deterioration of his body.

In the ensuing chaos, Diana realizes that she has no chance but to renounce her wish to regain her abilities, and once again, says goodbye to Steve before going off to defeat Barbara (who is now Cheetah) and Max.

The film ends with the world renouncing their wishes, including Max, once he realizes that his plans have put his son in danger of being killed. We then flash-forward a few months to see all is right with the world as winter arrives. Diana runs into the unnamed stranger who carried Steve’s consciousness, and he seems unaware of anything that occurred, not recognizing Diana when they bumped into one another.

When asked about how Steve’s return and second “death” will affect Diana in the future, Gal Gadot told POPSUGAR that the brief reunion set the Amazon free. “She’s free now, and she can move on with her life without feeling like she has to keep to herself so much,” she said. Hopefully this means that in the next Wonder Woman film, Diana will have friends!

Was Jango Fett Actually a Mandalorian or Not?