Prince Harry and Meghan Markle’s Royal Wedding may have been a monumental historical moment, but the real matrimonial showcase of 2018 happened this weekend in Sicily thanks to Italian influencer Chiara Ferragni and her rapper beau, Fedez.

Practically social media royalty themselves, the pair have a combined following of over 21 million people on Instagram alone.

Proposing to her on-stage during one of his concerts in May 2017, Fedez surprised the star behind fashion blog, The Blonde Salad, by performing a new, unpublished song dedicated to Ferragni, who was wearing a crystal-embellished Saint Laurent black dress designed by Anthony Vaccarello.

Chiara Ferragni Fedez are engaged, and he proposed in the sweetest way! 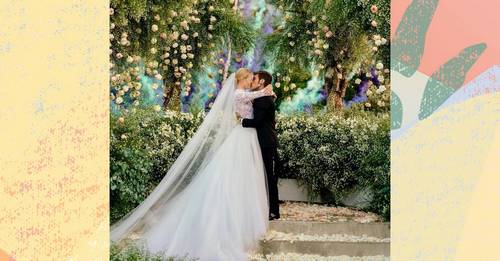 So, naturally, the subsequent wedding went OFF.

The big weekend kicked off with the couple flying their friends and family out to Sicily on private Alitalia flights, where they were greeted on the runway by oversize cartoon versions of the bride and groom.

Followed by a lavish rehearsal dinner at Noto Bassi di Palazzo Nicolaci, the happy couple hosted family and friends for a traditional Italian knees up. The bride-to-be was, of course, decked out in sequin custom Prada.

On Saturday night, the event got into full swing as Chiara was walked down the aisle of their stunning outdoor venue at the estate to greet Fedez at their take on an altar… a breathtaking canopy of white roses and endless greenery.

Wearing custom Dior, what looked to be a relatively classic and modest high-neck dress with layers of tulle, actually turned out to be a crochet lace hot-pant playsuit with detachable skirt.

Look 2 debuted at around 9pm, where Chiara arrived at the reception wearing a stunning Dior gown reminiscent of Maria Grazia Chiuri’s first collections for Dior for spring/summer 2017. Bursting with embroidery, the personalised dress featured romantic phrases from Fedez’s proposal song, as well as symbols dedicated to their 7-month-old son Leo.

The third, and final, look saw Chiara make a quick swap from the floor-sweeping tulle to a mini ballet-inspired skirt – perfect for the night’s final reveal of a theme park, complete with a ferris wheel, carousels and finale fireworks.

Not content with three(!) custom Dior dresses, Chiara made sure she was couture from head-to-toe thanks to a pair of personalised shoes by the Italian fashion designer.

Taking the well-known ‘J’Adior’ design, Chiuri swapped the fashion house’s name for Chiara’s resulting in a pair of wedding kicks that most of us could only ever dream of.

Here’s our EXCLUSIVE behind-the-scenes look at the making of said shoe:

But now controversial fashion designer, Stefano Gabbana, has hit out at the influencer by commenting on a photo of her wedding dress posted by Harper’s Bazaar, labelling the custom couture as ‘cheap’. Oh Stefano, if that’s cheap then you should see our wardrobes…

This isn’t the first time that Gabbana has come under fire for these sorts of comments after he previously called Selena Gomez “so ugly” and commented on a photo of Kate Moss simply saying “No”.

We smell some rival fashion-house jealousy… 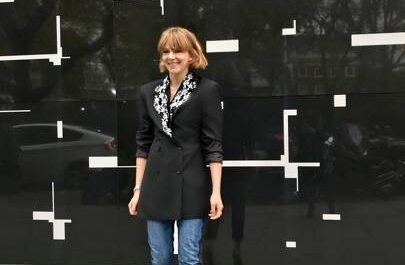 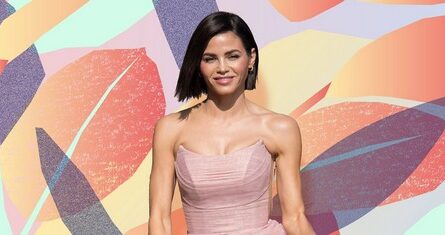 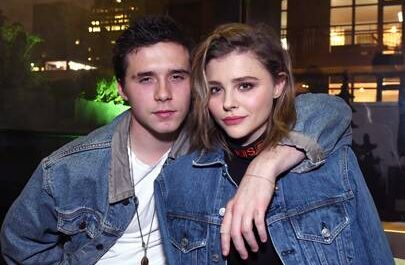