Place the steak in the marinade and let marinate for at least an hour, and up to 48 hours.

If marinating for more than an hour, keep chilled until an hour before you plan to cook.

2 Boil marinade to make the teriyaki sauce: When ready to cook, remove steak from marinade, reserving the marinade. Place steak on a plate and set aside.

Place marinade in a saucepan and bring to a boil. Boil for 10 minutes, or until the marinade has reduced to a thin glaze, becoming your teriyaki sauce. 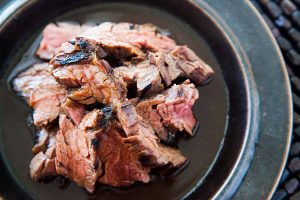 Please note that if you are concerned by the idea of reusing the marinade after raw steak has been sitting in it, you will be boiling the heck out of this marinade, killing anything that may have decided to grow in it during the marinating process.

Also steak isn’t the same as chicken. People eat steak raw (beef carpaccio). Salmonella is not a problem with steak; it is with chicken.

If you are still concerned, make twice as much marinade, and reserve half to boil down to make the sauce, using the other half as a marinade.

3 Grill or fry the steak: If grilling the steak, prepare your grill for high, direct heat. If pan frying, heat a large cast iron pan on high heat. If grilling oil the grill grates.

Pat dry the steak. Rub a little olive oil all over it. Place the steak on the hot grill or pan. Sear for 3-5 minutes on one side, or until the side is well browned, and turn the steak over and sear the other side.

Baste the steak with teriyaki sauce.

4 Let the steak rest: When the steak is well seared on both sides, remove from the heat, cover with foil, and let rest for 10-15 minutes. 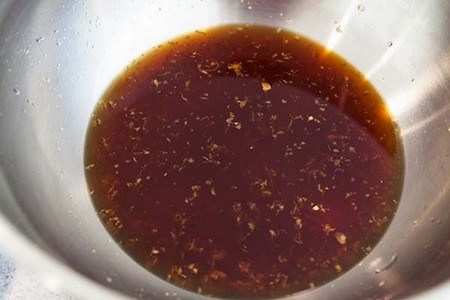 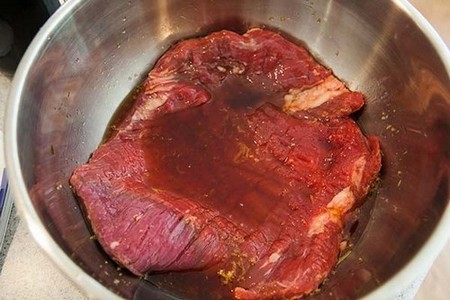 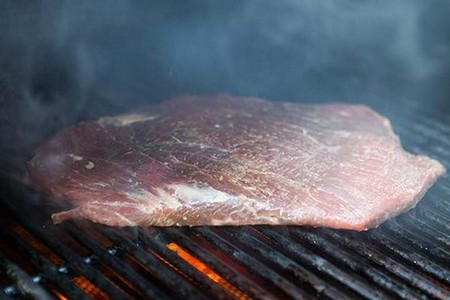 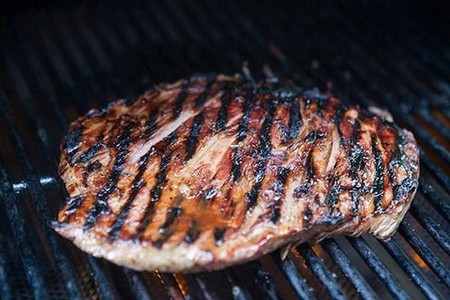 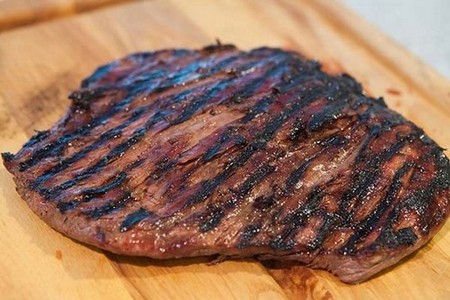 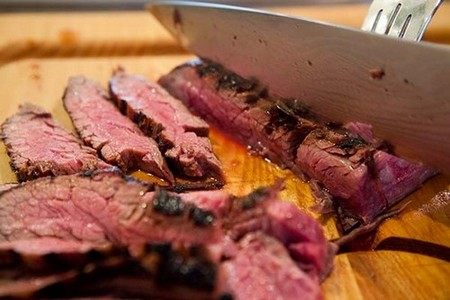 Then make thin slices (1/4-inch) across the grain and on a slight diagonal. Slicing this way will break up the muscle fibers, making this naturally tough cut of meat quite tender.

If there are juices that run out of the steak as you cut it, add the juices to the teriyaki sauce. There’s lots of goodness in the steak “jus” that you don’t want to waste.

Arrange on a serving plate and pour the remaining teriyaki sauce over it.