Going to the doctor is like a Russian roulette: even if nothing bothers you and you lead a healthy lifestyle, something unpleasant and show up. Going to the female doctor, we are straining even more: to find this quiet “something wrong” in gynecology is doubly unpleasant.

One of the problems, which sits unnoticed and can not show itself, is erosion of the cervix. An unpleasant combination of words scared and became a frequent reason for discussion with our moms. How doctors treat erosion today, the correspondent of SHE explained.

The diagnosis of “erosion of the cervix” (from Latin erosio – corroding) was born in the Soviet Union. And only a few years ago, our doctors stopped scare the female population with a non-existent, by the way, diagnosis in Western medicine, replacing it with the term “ectopia of the cervix” (English cervical ectropion).

To understand what it is, remember the device of female genital organs. Uterus is similar to an inverted pear, the cervix is ​​the lower part of it that opens into the vagina. It is seen by gynecologists during routine examination. As the gynecologist of the Dune center Elena Smirnova explained, the cavity inside the cervix is ​​called the cervical canal, it is covered with a special epithelium of red color (the capillaries are visible) and is called cylindrical. 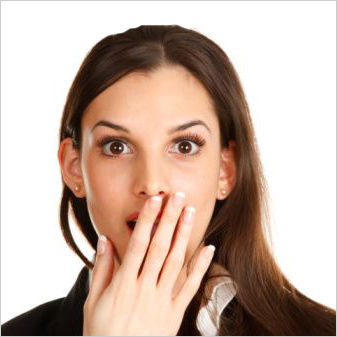 The vaginal part of the cervix is ​​covered with another epithelium – pink in color and resistant to the acidic environment of the vagina (it is needed to protect us from foreign microorganisms). Erosion, or ectopia, is a condition where the cylindrical epithelium of red color (the one that lining the canal) “crawls” on the vaginal part of the neck and turns out to be in an aggressive environment for the acidic environment.

External signs, such as severe pain, do not have ectopia, but it can be suspected if there are thick mucous discharge or blood discharge after sex. However, they may not be.

“Ectopia is a finding, first of all, of scheduled examinations,” the gynecologist admits. According to Elena Smirnova, ectopia is observed in more than 70% of women, more often – nulliparous. In about half the cases, this condition is the physiological norm. For example, in girls during puberty (strictly speaking, each girl is born with this feature, and during the growing epithelium is replaced by “correct”). Ectopy often develops in women during hormonal changes, for example, after childbirth. Or against the background of taking hormonal contraceptives.

Physicians every year are more concerned about sexual infections: erosion that arose against the background of infections (primarily, the virus of the papilloma) and trichomoniasis, can already be dangerous. “Such erosions are subject to compulsory treatment. For example, under the influence of the human papillomavirus (HPV), the cylindrical epithelium is modified and can lead to cervical dysplasia. Severe degree of dysplasia refers to precancerous conditions, and it is already engaged in oncologists, “explains Elena Smirnova.

What if the doctor saw an ectopia in your neck? First, forget all the pugalki Soviet doctors.

They said that cancer would necessarily develop from any erosion, as a result, the procedure of “moxibustion” (or, scientifically, diathermoelectrocoagulation, electric shock) was probably carried out by all women of the Soviet Union. Today and in our country modern methods of examination are available, and doctors actively use them.

First, the doctor should take a smear on the condition of the microflora to understand if there is inflammation. If there is inflammation, the doctor will try to find the cause, which means that you will have PCR tests for sexual infections, special attention is paid to the human papillomavirus (HPV), which is dangerous because some of its types provoke the degeneration of cells into cancerous cells. Naturally, other sexual infections will need to be treated if they are found. 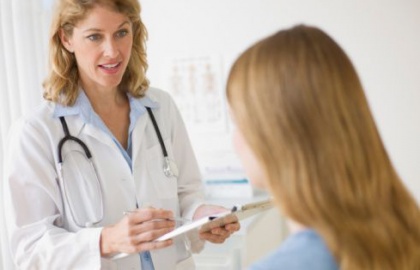 To rule out precancerous changes in the cells, the doctor will prescribe a smear for oncocytology (his name is a Pap smear, or a Pap test). Finally, if the doctor sees a change in the cervix, he will perform colposcopy – an extended examination of the neck under a microscope on a special instrument.

So, the terrible concept of “cauterization” (today, by the way, is not used) is the mechanical removal of a part of damaged tissues, if the ectopia was complicated. By the way, electricity is not used today. “Electrocoagulation leaves scars on the neck, then it can lead to complications during childbirth, so earlier the procedure was done only to give birth to women. Today the method is almost not used, “explained Elena Ladigina, a gynecologist at the Avicenna clinic, explaining that today there are sparing methods that do not leave scars, for example, the use of radio wave therapy, cryotherapy (treatment with liquid nitrogen) or chemical coagulation with acid drugs.

Let’s sum up, marking the main conclusion that gynecologists around the world are doing today: the very fact of erosion (or ectopia, as its doctor would call it) does not talk about illness.

“Ectopia does not need treatment, because it is not a pathology, but a norm. The treatment requires only the pathology of the cervix (dysplasia, cancer, polyp, sometimes endometriosis), “-

focuses on the head of the gynecology department of the Moscow clinic” Moscow doctor “Alexander Borisov. If all the tests are normal, a smear on the oncocytology showed that your cells have not degenerated into anything, then you can tell your gynecologist “goodbye” until the next scheduled preventive visit, which is recommended in 6-12 months, the Moscow specialist sums up.

Emilia Clarke is raising awareness of brain aneurysms, but what do we actually know about them?