Insa Thiele-Eich, a meteorologist and scientific coordinator at the Meteorological Institute of the University of Bonn, is one of two women training for the opportunity to become Germany’s first female astronaut.

How did you get involved in the astronaut training programme?

I applied for Die Astronautin, a private initiative that is independent of the European Space Agency (ESA). It is aiming to put the first German woman into space, and is eager to highlight female role models in science for young girls.

It got a lot of publicity in March 2016 when only women were invited to apply. More than 400 candidates sent in CVs, academic grades, reference letters and short videos describing their goals.

How were the candidates narrowed down?

Through an interview, an extensive questionnaire about lifestyle, exercise habits and medical history, and medical, psychological and other tests. Nicola Baumann, a mechanical engineer and fighter pilot, and I were selected in April 2017 to start astronaut training. Nicola has since left the competition and astrophysicist Suzanna Randall has been chosen as her replacement. 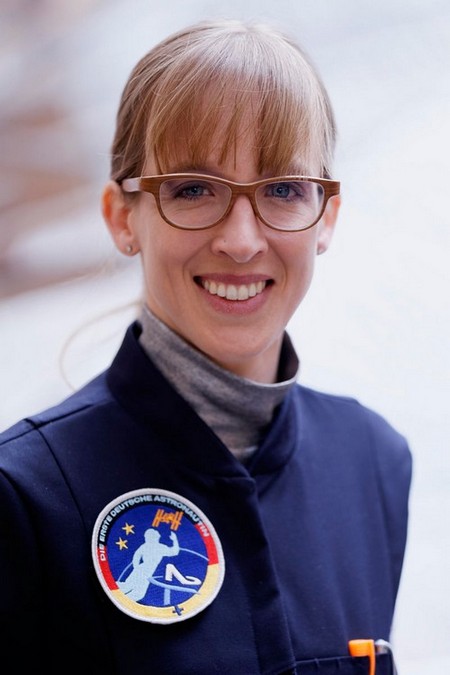 How did it feel to be chosen?

It’s hard to describe. After such a long, intense time together, we were all very close. Honestly, it took me a couple of days to be able to smile about it.

What does your training involve?

In August, we started to practice putting on space suits and drinking water in a zero-gravity environment, as part of aircraft flights that simulate weightlessness at Roscosmos, the Russian space agency. It’s like taking a ride in a centrifuge. I’m also obtaining my pilot’s licence and learning how to scuba dive.

When do you expect to go to space?

We’ll find out a year before the actual flight. The mission is currently scheduled for 2020, which, in the field of space flight, could mean anything from 2020 to 2024. Successful launches of crewed craft by SpaceX and Boeing are crucial for the private sector and will give us options for flying to the International Space Station. The companies’ launches have been moved to 2019, which has pushed back our potential launches. Until then, Suzanna and I train part-time. I’m not in a rush. I like my job, coordinating research among 90 scientists at an interdisciplinary research centre.

Has training altered your research interests?

I have put more focus on remote sensing, which is the use of images collected from satellites or high-flying aircraft. I hope to determine how remote-sensing data could benefit public-health studies on the ground.

What were your initial career goals?

As the daughter of an astronaut in Houston, Texas, I always knew that I wanted to be a scientist, and I was interested in the interdisciplinary research being done on the space station. I studied meteorology at the University of Bonn, but in Germany, there are almost no tenured positions any more. I was on contracts that had to be renewed regularly so I always wanted an alternative to deal with the insecurity. Being an astronaut was my plan B.

Why wasn’t going to space your plan A?

There weren’t many opportunities through which to become an astronaut – especially when no German woman had ever been one. I couldn’t apply to NASA because I’m not a US citizen. And the last ESA application campaign was in 2008, and there are no plans for another for at least three or four years.

Has Die Astronautin invigorated your efforts to attract women to science?

Yes. I did a TEDx talk on a favourite topic of mine – how to get women into space. When I was selected last April, I had a rude awakening. In my daily job, I don’t really perceive gender differences or pay much attention to the fact I’m female. But I received many sexist remarks from the public and some interviewers. A lot of work must be done for society to be more open and treat women equally.

The Major Inaccuracies From the Presidential Debate

An absorbing study on the maths of sponges