Engineered cells offer greater precision and safety than previous versions. Researchers have found a way to fine-tune the activity level and targets of cancer-seeking immune cells. 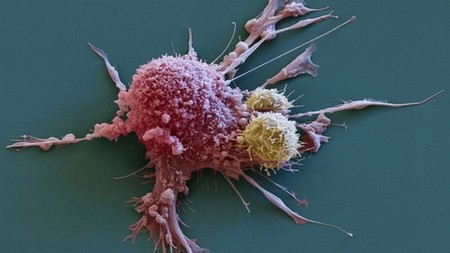 Modified immune cells called CAR-T cells, which target cancer cells, have shown promise against some tumours. But cancers sometimes become resistant to the therapy, and CAR-T treatment itself can be deadly if immune responses rage out of control.

To tackle these issues, Wilson Wong at Boston University in Massachusetts and his colleagues upgraded the CAR-T system by modifying the T cells’ molecular receptors. Experiments in human cells showed that this change allows T cells to recognize more than one molecular target on cancer cells.

This could improve the immune cells’ specificity and reduce the chance that tumours will become resistant to treatment.

The work also improved on the technique’s safety. By injecting treated mice with a specific protein fragment, the authors were able to reduce activation of the T cells, thereby tempering the immune response.

The forgotten founder of ornithology