Since its Netflix reboot in 2018, Queer Eye has always championed diversity and brought important, universal issues about gender and sexuality to the fore.

The upcoming series is no different with a queer black woman and a female duo featuring on the previously all-male cast for the first time.

This poses the question of how far society has come under the influence of shows like Queer Eye, and what it has taught us along the way

Fans of Queer Eye, rejoice! The Fab Five return to our screens this month for a much-anticipated third season. Antoni Porowski, Tan France, Karamo Brown, Bobby Berk, and Jonathan Van Ness will relocate from Atlanta, Georgia, to Kansas City, Missouri, for another instalment of show-stopping makeovers and tear-jerking lifestyle overhauls. 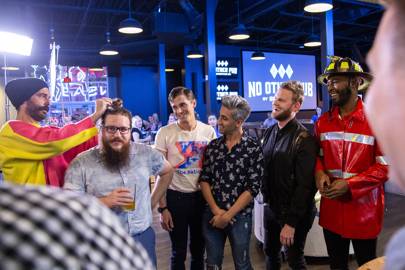 To describe Queer Eye as a feel-good makeover show would radically undermine the premise of the series. Yes, makeovers are a key part of it, but it is the honest and empowering interactions between The Fab Five and their endearing subjects that has gripped the nation. 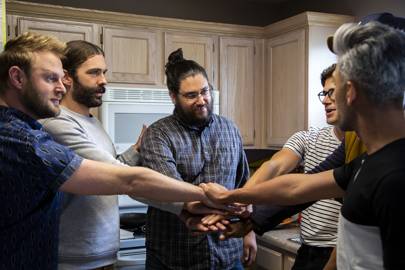 Aside from being 10/10 entertainment, Queer Eye’s return has undeniably helped re-shape society’s approach to gender, in particular masculinity. It has highlighted the importance of discussing male mental health and broken down stereotypes about gay men, but most importantly, it has opened up the necessary conversation around toxic masculinity. As stated by The Guardian, “what it is really about is masculinity and the problems it causes – and it seems to me there is no more important subject on our planet right now”.

In season one, there was not a dry eye in the house when we met AJ, a hunky man who was afraid to come out of the closet despite having a secret boyfriend who he has since married. The five boys showing him it is possible to be masculine and gay was so heart-warming and no doubt re-assuring for men in a similar position. Then there was Tom Jackson, a 58-year-old from Georgia, who was still madly in love with his ex-wife, Abby. Thanks to the Fab Five, who imbued him with confidence, he was able to reconcile with Abby and they are now happily re-married.

As BuzzFeed’s TV editor, Scott Bryan, rightly pointed out, “it’s unusual to see a man opening up, crying on camera, and other guys helping him go through a difficult situation. It’s very supportive and you don’t see that often on TV.” These powerful interactions emphasise how toxic masculinity can be, that trying too hard to be a ‘man’ puts enormous pressure on individuals regardless of their sexuality. To put it simply, Queer Eye shows that it is normal to have emotions and cry.

The Fab Five are also debunking the stereotype that gay men only engage in frivolous subjects. Sure, Tan takes his fashion seriously and Jonathan waxes lyrical about grooming (don’t we all?), but they don’t shy away from discussing larger social issues such as police brutality or the lack of acceptance of gay men in religion. In many instances, they successfully infiltrate the lives of straight men and reverse their opinions on gay men proving masculinity is not a one set criteria.

That’s not to say society doesn’t have a long way to go yet, but Queer Eye is doing a damn good job at driving the conversation forward – one makeover at a time.