Quesadillas have to be my favorite go-to food for lunch. They’re just so easy to make! Especially when you have tortillas and cheese in the fridge, which we almost always do.

One way to take a quesadilla from snack to a meal is to add some protein, like chicken, beef, or in this case shrimp.

First marinate raw shrimp in a little lime juice and chili pepper. Then sauté the shrimp and add it to your jack-cheese quesadilla along with red onion and cilantro.

Serve with some sliced avocado, sour cream, maybe another squeeze of lime juice, and you’re set! 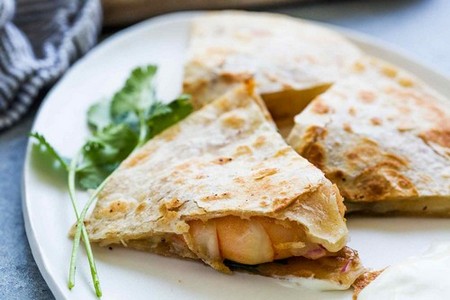 1 Marinate the shrimp: Toss the shrimp in a small bowl with 1/4 teaspoon of chipotle powder or chile powder, a pinch of salt, pinch of pepper, and a tablespoon of lime or lemon juice. Let sit for 10 minutes. Then drain out the juice. 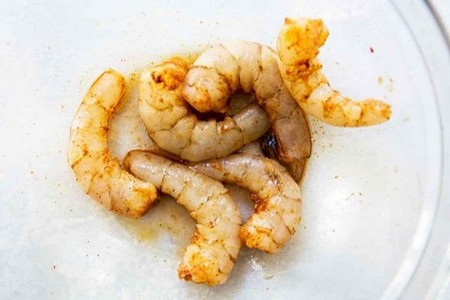 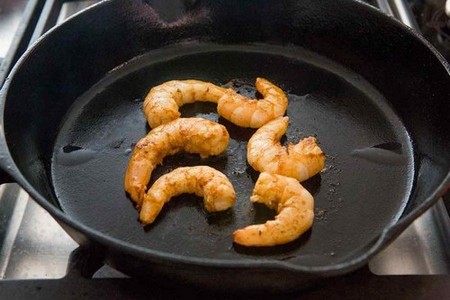 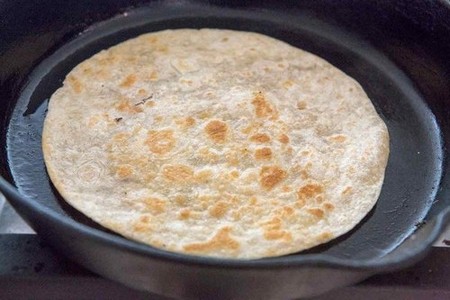 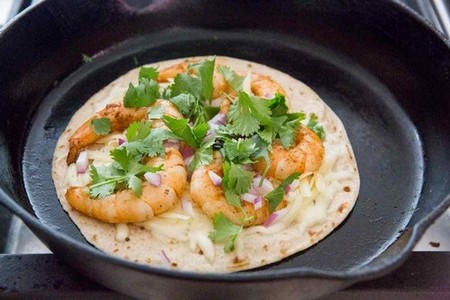 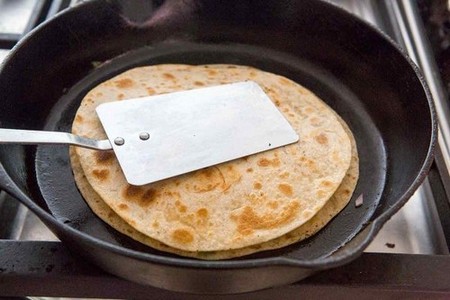 2 Cook the shrimp: Heat a couple teaspoons of olive oil in a relatively stick-free skillet (a cast iron skillet works well for this) on medium high heat.

Add the shrimp and cook for half a minute on each side, and remove to a bowl.

The shrimp shouldn’t be completely cooked through; they will continue to cook during the next step.

3 Heat the tortillas: Wipe out the skillet with paper towels. Add a small amount of olive oil (about 1/2 a teaspoon, you could use butter as well) and heat the pan on medium high.

Place one flour tortilla on the skillet. Flip the tortilla over a few times, 10 seconds between flips. Air pockets should begin to form within the tortilla.

4 Build the quesadilla: Sprinkle the tortilla with the grated cheese. Distribute the shrimp on top of the cheese. Add chopped onion and cilantro. Place the other tortilla on top.

You can also use just one tortilla instead of two, and fold the tortilla over itself like an omelette.

5 Cut the quesadilla into triangles: Cut like a pie into six pieces (a pizza wheel works well for this). Place on a serving plate. Serve with avocado slices and sour cream. Garnish with chopped fresh cilantro. Squeeze a little lime juice over everything. 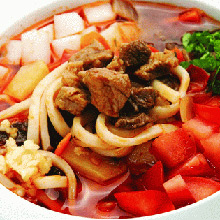 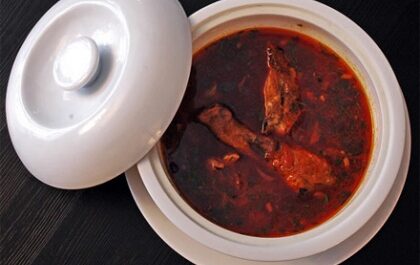