Brine shrimp (Artemia salina) are a type of tiny crustacean that lives in swarms and has a daily pattern of vertical migration. In a paper online in Nature, Houghton et al. report that such group migration generates water eddies with the potential to cause substantial mixing of the water column (I. A. Houghton et al. Nature https://doi.org/10.1038/s41586-018-0044-z; 2018).

The ability of individuals or groups to alter their physical environment has long fascinated biologists. Indeed, Charles Darwin’s final book, The Formation of Vegetable Mould through the Action of Worms (Murray, 1881), reported his analysis of the changes that could occur through the repeated actions of small creatures.

This work was a fitting finale for a career spent showing how small changes could, given the time and opportunity, have large effects. As with worms, so, too, with shrimp. 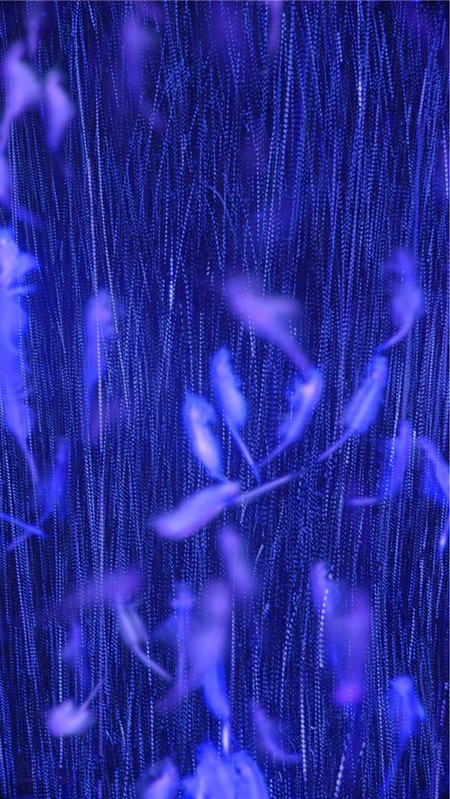 “These animals are tiny and the ocean is enormous … how is it possible that such small things could have an effect?”

In laboratory-conducted experiments, Houghton and colleagues studied the effect of A. salina group migration (pictured: a time-lapse image in which the vertical tracks made by suspended particles provide a way of monitoring water flow).

They found that shrimp movement created a water jet that caused mixing of the water column on a scale three orders of magnitude more effective than the mixing that occurs by diffusion. Ocean mixing can be caused by wind or currents.

Small marine organisms might also contribute to perceptible ocean-mixing changes, if the phenomenon reported by Houghton and colleagues is relevant for tiny crustaceans called krill, which swarm in vast numbers in climatically sensitive parts of the world, such as the Southern Ocean.