Pronouns are the words used when talking to or about an individual. The most commonly used pronouns are He/Him, She/Her, and They/Them.

If you’re a cis person, you may never have had to worry about which pronouns people use in reference to you, and you therefore might not have realised the significance of them.

For example, I am a cisgender woman (who goes by She/Her) meaning my gender identity matches the gender I was assigned at birth. Because I’ve felt no dysphoria about my gender identity in my life, I’ve not given much thought to my pronouns.

Language matters. Yet, many people are still unsure what pronouns are, if they should display them, and why they matter. If you keep seeing She/Her, He/Him, They/Them in Instagram bios, and on email signatures, this is why (and why you should consider joining them)… 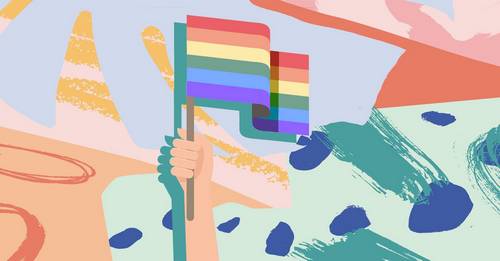 Why as a cis person you should display your pronouns?

Declaring your pronouns publicly is one of the easiest ways to be an LGBTQ+ ally. Many transgender and non-binary people will list their pronouns in their bios on social media to avoid being misgendered online, when it’s only trans and non-binary people doing this it’s easy for them to be targetted online and feel isolated. The more cisgender allies do this, the more it normalises the practice of asking pronouns and not assuming gender; which in turn takes away the power from those who don’t respect the right of people to choose what they prefer to be called.

In short, displaying your pronouns can aid destigmatisation, normalisation, and help to end gendered assumptions.

When shouldn’t you display your pronouns?

If you’re not cisgender, you should only display your pronouns if you feel safe, ready, and comfortable doing so. It is completely valid to not feel ready to come out, or if you’re still figuring out your gender identity.

No one should shame or put unfair pressure on someone for not displaying their pronouns; remember you don’t know someone’s story.

Not sure what someone’s pronouns are?

If you’re unsure of someone’s preferred pronouns, use They/Them, as it’s gender natural so you avoid misgendering someone. Or…simply ask!

Pronouns have become a contentious issue of late, with it being used as a marker for ‘snowflakes’ and a woke generation gone mad – the argument that I hear a lot (mostly on Twitter) is that it’s “all got too complicated, you can’t say anything anymore”.

I hope this article has shown that it is, in fact, very simple to grasp. No one is forcing anything upon anyone, but if you’re a cis person who sees themselves as an LGTBQ+ ally, declaring your pronouns publicly is a nice and effort-free way to show your support. Because being an ally is a year-round effort, not just for Pride.

The Assassin Queen’s Ending: The Beginning of the Third Film Franchise