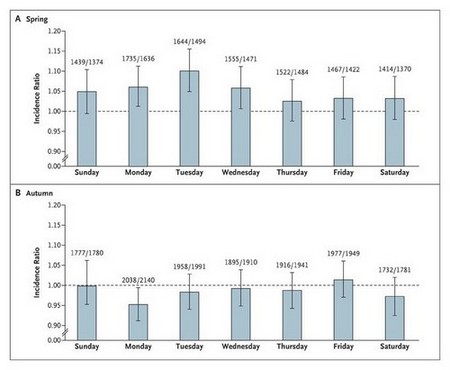 Figure 1. Incidence Ratios of Acute Myocardial Infarction on the First 7 Days after the Spring and Autumn Clock Shifts for Daylight Saving Time.

The incidence is represented by the ratio of the number of acute myocardial infarctions (as the main diagnosis) on the given day after the shift to the mean number on the corresponding days 2 weeks earlier and 2 weeks later (both numbers given above the bars). Analyses of the data for the spring shift are based on the 15 years between 1987 and 2006 in which Easter Sunday was not the transition day (Panel A). Analyses of the data for the autumn shift are based on all 20 years between 1987 and 2006 (Panel B). In the autumn (Panel B), the control period was defined as the corresponding weekdays 2 weeks before and 2 weeks after the day of interest. In spring (Panel A), we aimed to avoid interference with Easter, the only public holiday that could influence our results. For years in which Easter Sunday was celebrated 2 weeks after the Sunday of the spring shift, we defined the control period for the Sunday of the shift as the Sunday 3 weeks before and the Sunday 3 weeks after (thus skipping Easter Sunday). When we did not exclude Easter if it coincided with the exposure or control days, we observed an even higher effect size associated with the spring transition. The number of acute myocardial infarctions on the transition Sunday was adjusted for the difference in day length as compared with the control Sundays (i.e., 23 vs. 24 hours in the spring [Panel A] and 25 vs. 24 hours in the autumn [Panel B]). The results of secondary analyses for both spring and autumn, which included acute myocardial infarctions that were either the main or secondary diagnoses, were essentially similar to the results of the analyses that included main diagnoses alone, as were the results of analyses of the spring shift that were restricted to fatal cases. For the autumn shift, in contrast to the analyses of all acute myocardial infarctions, analyses restricted to fatal cases showed a smaller decrease in the incidence of acute myocardial infarction on Monday, and the risk of fatal acute myocardial infarction increased during the first week after the shift. I bars denote 95% confidence intervals.

The incidence of acute myocardial infarction was significantly increased for the first 3 weekdays after the transition to daylight saving time in the spring (Figure 1A). The incidence ratio for the first week after the spring shift, calculated as the incidence for all 7 days divided by the mean of the weekly incidences 2 weeks before and 2 weeks after, was 1.051 (95% confidence interval [CI], 1.032 to 1.071). In contrast, after the transition out of daylight saving time in the autumn, only the first weekday was affected significantly (Figure 1B); the incidence ratio for the whole week was 0.985 (95% CI, 0.969 to 1.002).

The most plausible explanation for our findings is the adverse effect of sleep deprivation on cardiovascular health. According to experimental studies, this adverse effect includes the predominance of sympathetic activity and an increase in proinflammatory cytokine levels.3,4 Our data suggest that vulnerable people might benefit from avoiding sudden changes in their biologic rhythms.

It has been postulated that people in Western societies are chronically sleep deprived, since the average sleep duration decreased from 9.0 to 7.5 hours during the 20th century.4 Therefore, it is important to examine whether we can achieve beneficial effects with prolonged sleep. The finding that the possibility of additional sleep seems to be protective on the first workday after the autumn shift is intriguing. Monday is the day of the week associated with the highest risk of acute myocardial infarction, with the mental stress of starting a new workweek and the increase in activity suggested as an explanation.5 Our results raise the possibility that there is another, sleep-related component in the excess incidence of acute myocardial infarction on Monday. Sleep-diary studies suggest that bedtimes and wake-up times are usually later on weekend days than on weekdays; the earlier wake-up times on the first workday of the week and the consequent minor sleep deprivation can be hypothesized to have an adverse cardiovascular effect in some people. This effect would be less pronounced with the transition out of daylight saving time, since it allows for additional sleep. Studies are warranted to examine the possibility that a more stable weekly pattern of waking up in the morning and going to sleep at night or a somewhat later wake-up time on Monday might prevent some acute myocardial infarctions.

Supported by a postdoctoral grant (2006-1146, to Dr. Janszky) from the Swedish Council of Working Life and Social Research, Ansgarius Foundation, King Gustaf V and Queen Victoria’s Foundation, and the Swedish Heart and Lung Foundation.

COVID-19 and Smoking Is the Biggest Factor 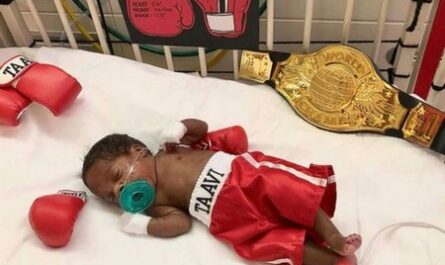