“How are ya?” Shay Mitchell booms down the phone in her West Coast tones. This instant radiation of girl pal warmth is exactly what you imagine from star who rose to fame on Pretty Little Liars.

Now the thirty-one-year-old returns with You, a Netflix series which in the words of Shay, “is a twenty first century love story of a man (played by Gossip Girl’s Penn Badgley) who uses the internet to find out about his new obsession, Beck but raises the question: when does it cross the line and becomes stalkerish?” Sounds dead juicy, right?

As I confess Shay is a social media obsession of mine, she exclaims, “oh thank you! Love you so much – I am having so much fun right now!”.

However, in the spirit of You itself, which touches upon the reality behind our social media artifices after the interview took place Shay took to her Instagram stories to reveal that she has suffered from a miscarriage. The actress posted an image of her ultrasound scan, alongside the caption: “although it was an amazing year, it didn’t come without some hardships…”

Here, Shay reveals the reality behind living, ‘your best life’ on social media, the social media accounts she can’t help but stalk and the lessons she has learnt from You… 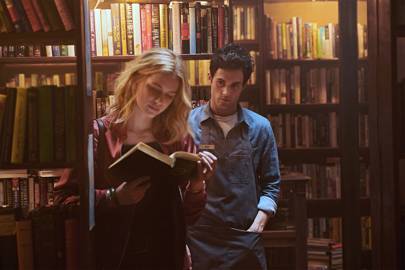 ‘You’ is about the space between social media truth and real life reality – when have you felt the most guilty of living your best social media life?

Any time you look at somebody’s social media platform you can always see it’s a highlight reel. I don’t compare my life or anything else I am doing to anyone else on social media because I have learnt. I know that it is a curated mosaic wall of photos from my best moments and because I know I do that, I also know friends and other people do that too. Social media is the highlight reel of your moments, it’s not the reality.

Social media is both a blessing and curse – what do you think is its the greatest vice?

It’s people not understanding these are the best moments. With depression levels the way they are, they have gone up so high because young girls are trying to top each other and compete with one another all the time. These girls are saying it’s so stressful because they are having to amp up their profiles to get more likes. When I hear these things I just think, ‘wow!’ Firstly, I am so glad I didn’t have to deal with that when I was in school and also people need to relax a little bit and realise what they see is smoke and mirrors. I think people need to think about what they put out there more because we have people who think social media is the be all and end all. If you use it for good, that’s awesome but you need to be able to tell the difference.

Who are you stalking on social media?

It’s not even a celebrity, it’s a chef from Paris. She has such a beautiful family and I feel like I constantly look at her and think, ‘this is the dream life!’ She’s called, Mimi Thorisson, I just came across her on Instagram and I am obsessed with her photos her husband’s shots of her – she also cooks, she’s got six kids – I think her life looks so beautiful. To be honest, I stalk someone I never even met before! I also just follow accounts I find funny, like @SubwayCreatures; it’s the funniest people who take public transport and I absolutely love it.

After finishing such a massive TV show like Pretty Little Liars how nervous were you about finding a new project?

To be honest, I wasn’t even on the hunt to do another project. I just sat back and I actually read the script for You on the way back to LA from New York. As soon as I landed, I called my team and said, ‘I need to be part of this show. It’s so good and relatable! I would be so excited to watch this show with my friends!’ They then offered me the role of Peach. It has those same elements of friendship and mystery that were part of Pretty Little Liars and some craziness, that made that show so successful.

What did you learn about yourself through working on ‘You’?

I learnt that I much prefer wearing heels over tennis shoes from being on Pretty Little Liars where my hair, make-up and wardrobe was pretty minimal. I actually loved dressing up like Peach, wearing heels and clothes. I bought so many of my own bags to New York and worked with the costume designer on producing this look. A lot of the clothes are mine, too. 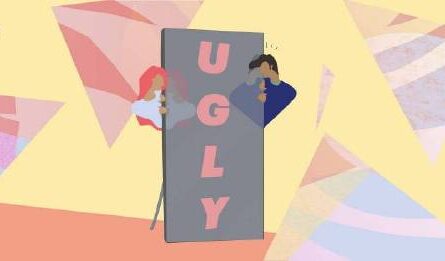 I’m fit, healthy and happy so why do I hate my body at Christmas time?