Shang-Chi and the Legend of the Ten Rings is breaking some new ground for Marvel, but it’s also following some of the beloved traditions of the Marvel universe.

Case in point: Shang-Chi has not one, but two post-credits scenes, both of which lay out tantalizing hints about where the story might go next. If you’ve already seen the movie, keep reading to unpack these two scenes along with us!

What Happens in the Mid-Credits Scene of Shang-Chi and the Legend of the Ten Rings?

The first post-credits scene is really a mid-credits scene, and it’s essentially a mini-epilogue for the movie itself. Picking up where the end of the movie leaves off, the scene shows Shang-Chi (played by Simu Liu) and Katy (played by Awkwafina) going with Wong (played by Benedict Wong) to the New York Sanctum, best known to Marvel fans as the home of Doctor Strange. Wong starts out by trying to analyze the rings and figure out their origins, but even he’s stumped to a degree.

It’s at this point that Shang-Chi builds more connections to the wider Marvel universe as a whole. In the process of trying to understand the rings, Wong calls up two old friends: Bruce Banner and Carol Danvers! Both characters’ appearances suggest that a significant amount of time has passed since we last chronologically saw them in Avengers: Endgame. Bruce has reverted back to his human form, rather than the “Professor Hulk” merged form he took in his last appearance (although the arm he used for his Snap is still in a sling), and Carol’s previously-short hair has grown out. 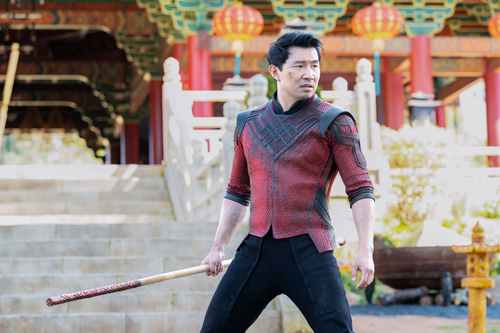 More important than their physical appearances is what Bruce and Carol actually have to say. Neither of these characters, with their immense knowledge, can quite figure out what the rings are or where they came from (although Carol rules out alien origins). Ultimately, the group is only able to determine that the rings are very, very old (as in, thousands of years) and very, very powerful.

They do discover one important thing, however. The rings are emitting some sort of signal, but no one knows who, if anyone, they’re signaling to. The other, unspoken question in this scene: where is Doctor Strange? Could this be hinting at a tie-in either to Spider-Man: No Way Home or Doctor Strange in the Multiverse of Madness, both of which are coming soon?

What Happens in the Post-Credits Scene of Shang-Chi and the Legend of the Ten Rings?

Like many other Marvel movies, Shang-Chi also includes a true post-credits scene. This one is about the other Ten Rings: Shang-Chi’s father’s criminal empire. In this scene, Shang-Chi’s sister Xialing is shown taking over the Ten Rings syndicate, with one major change from her father’s rule – Xialing is allowing women to train and be part of it.

Xialing’s takeover is part of an intriguing trend in the post-Endgame Marvel universe, with not-quite-villainous, not-quite-heroic women taking charge of morally murky enterprises, from Contessa Valentina Allegra de Fontaine making mischief to Sharon Carter playing the role of Power Broker right under everyone’s noses. How it will tie into future movies – with and without Shang-Chi himself – is anyone’s guess, but it’s setting up for a very intriguing and much more morally complicated world.