Sha’Carri Richardson is busy preparing for her first track meet since testing positive for marijuana and accepting the month-long suspension that took her out of the Olympics.

But as she prepares for a showdown with all three 100m Olympic medalists at the Prefontaine Classic this weekend, Richardson is also reflecting on the last few months since she shot to stardom at the Olympic Trials.

It was a “moment of bitterness,” Richardson said of watching the Olympics go on without her, but it also gave her extra motivation. “Watching it made me want to push forward and grow,” she explained on the Today Show on Aug. 20.

Richardson ingested marijuana as a coping mechanism after the death of her biological mother, and she expressed acceptance of her suspension after testing positive. “I know what I did. I know I’m responsible,” she said. The suspension ignited a debate over the rules barring athletes from using marijuana, and Richardson joined other high-profile athletes like Naomi Osaka and Simone Biles in speaking out about mental health. 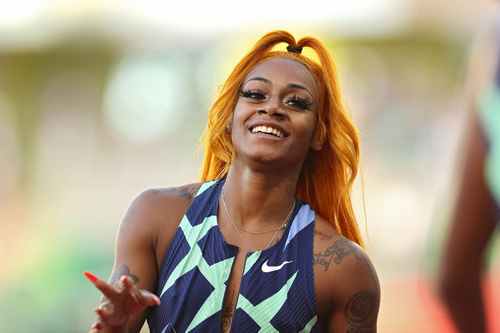 “Athletes want to perform for you guys and put on the best performance, but at the same time, we’re here just like you are,” she said. “When we step off the track . . . we go live life just like you do. It’s just that for a certain amount of time, we just look like superheroes.”

She’s back and ready to run. @itskerrii joined @TODAYshow this morning to say that “she’s here to stay” and is ready for this weekend’s @nikepreclassic on NBC and @peacocktv.pic.twitter.com/kBQh6yUDQU

I Traded My Deodorant for This $9 Toner From The Ordinary

Kim Kardashian found out her rating on foot fetish website