Skip to content
07.05.2021
Health
Women’s breasts – the most exciting part of a woman’s body – are more vulnerable than ever: according to statistics, breast cancer is the most frequent malignant tumor in women in Russia. The diagnosis, sounding like a sentence, is not an excuse to hide your head in the sand and be frightened, but a sign that a woman today is increasingly forgiven for negligence to her own health. The correspondent of SE talked with the head of the laboratory of molecular mechanisms of carcinogenesis of the Institute of Molecular Biology and Biophysics of the Siberian Branch of the Russian Academy of Medical Sciences, Doctor of Biological Sciences, Professor Lyudmila Gulyaeva, about what this disease is and how each of us should behave in order to protect themselves from it. 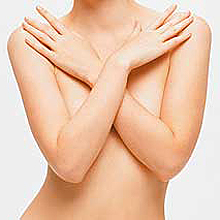 Today there is no unified theory on this matter. There are several reasons for this. First of all, these are environmental factors – chemical and physical effects, exposure, smoking greatly increase the risks.

Then you can identify internal factors: endocrine and psycho-emotional. Breast cancer is associated with an excessive amount of estrogen in the body of a woman, so the early first menstruation and late menopause (that is, the situation when estrogens begin to actively influence the female body at an early age and lasts a long time) are also associated with the risk of this cancer. In industrially developed countries, traditionally a higher percentage of breast cancer and endometrium, which is associated with the connection of psychogenic factors, stress. Endocrine disorders and hormonal disruptions, cycle disorders in women, as well as a large number of abortions, also classify it as a risk group.

The third is heredity. This relationship is typical for many diseases, but it is in oncology that this factor accounts for about 10-20 percent, which is quite a lot … And of course, the risk of breast cancer rises with age. The maximum of its cases falls on 55-60 years, i.е. postmenopause.

A certain percentage of cancer (about 10%) is found in young people. If doctors diagnose it at an early age, then there is a high probability that this is hereditary cancer, the latter in most cases – acquired.

Does this mean that at a young age, if there are no special problems, you do not have to worry?

In any case, a woman, especially after the age of thirty, needs to check the mammary gland once a year. If there are seals and mastopathy – even more so. A gynecologist is always obliged to examine the mammary gland, and if there are minimal suspicions, refer for an additional examination – ultrasound or mammogram. Ultrasound is well suited for young women, after 35 they usually hold a mammogram. In general, today every woman can make a genetic analysis, whether she falls into a risk group.

What is this research? 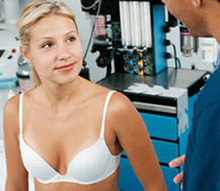 To date, it has been proven that there is a certain percentage of women who have a very high risk – due to a mutation in the BRCA-genes (from Breast Cancer expression) that are important for ovarian cancer and breast cancer. With the efforts of our institute, we first opened a laboratory where we make a genetic analysis of the predisposition to the occurrence of such cancers. Women who have such mutations are at risk of developing ovarian or breast cancer with a probability of 80-90 percent. This analysis does the whole world, in some countries it is included in compulsory insurance. In the West, with a positive result for a mutation in the BRCA genes, a woman is recommended a prophylactic operation – removal of the breast and ovaries, even if they are healthy. There, this procedure has become a routine practice, we just need to watch these women very carefully.

The fact is that breast cancer is a very insidious tumor. Even if it is diagnosed in time, treated and operated, after a few years it can again manifest itself in the form of metastases.

Therefore, the fact that the genetic testing technique has come to our city is a very important step. This completely changes the strategy of a woman’s behavior with a positive result: she becomes much more disciplined and strictly follows the recommendations of doctors.

Can individual breast self-examinations help in early diagnosis and is it true that silicone implants make research difficult?

Strictly speaking, hereditary – aggressive – forms of cancer develop very quickly. And when a woman sees a tumor, it will be too late, because the process of aggressive metastasis to other organs can begin. Self-examinations make sense for identifying primary seals, hyperplasia, benign changes in the chest that do not divide so uncontrollably and are now quite successfully treated. Therefore, I recall, it is important to have a regular annual examination, with a predisposition – even more frequent. What swings implants, with them all is not as dramatic as they sometimes say. And they themselves are used far not only for women’s whims, but for solving serious problems: for example, to restore the form after removal of the breast.

And hormonal contraceptives? How do they affect the risks?

On this occasion today is extremely controversial information. It is only proved that the use of hormonal contraceptives for breast cancer is not as critical as for the risk of endometrial cancer. For breast cancer, these data have not been confirmed to date.

Is it true that cancer is treated in the early stages? 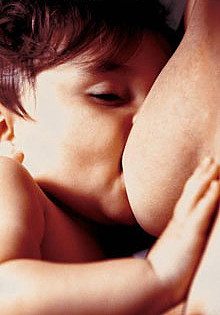 Cancer is a collective concept, which includes various tumors. All cancers are different, each arising in its own way and treated depending on different forms of different drugs. Certain forms are very aggressive and develop rapidly. But many of them are really successfully treated, if they are detected in the early stages. Also today, oncologists successfully cope with precancerous conditions, at the stage of benign tumors. The main thing is not to miss the time.

How to protect yourself from a terrible diagnosis in the future?

Lead a healthy lifestyle. The most banal recommendations, which are still generally underestimated: proper nutrition with lots of vegetables, no bad habits, especially smoking, less stress. For the prevention of breast cancer is extremely important and you need to breast-feed. As far back as the 18th century, doctors noticed that nuns are more likely than normal women to have breast cancer, which can be caused by the lack of delivery and feeding of children.

A woman should realize her function, give birth to several children and fully raise them – then the risk of cancer will decrease.

A woman should be a woman. This includes, of course, a full-fledged sex life. I refer to a very serious recommendation of doctors – at least two times a week. 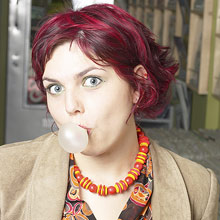 The use of chewing gum not only does not give fresh breath, but can also cause disease