Viewers are dubbing this show to be ‘crazier’ and even more drama filled than Selling Sunset… which seems impossible, right? But apparently not, with one fan even describing it as “like Selling Sunset on steroids”. We. Are. Sold.
Selling Sunset fans are trading the hit Netflix series for the ‘crazier’ property show down-under that airs on Amazon Prime Video – Luxe Listings Sydney.

If you’re anything like us and was HOOKED on Selling Sunset, obsessed with the juicy drama and stunning homes, then you’ll be sure to love this new chaotic property themed reality show on the block.

Similar to Selling Sunset, Luxe Listings follows the demanding and very busy lives of three luxury real estate agents and is set down-under in Syndey, Australia. The three real estate agents show off the most stunning properties in Australia while negotiating million dollar deals, and we are hooked. 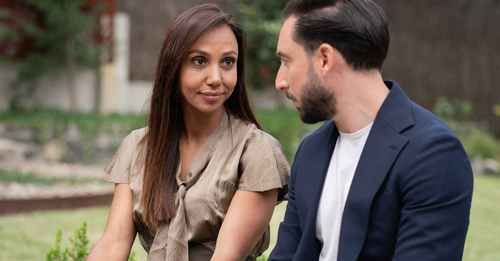 So, who are the three real estate agents?

Gavin is the owner and founder of the Rubinstein Group and is one of the “most desired property advisers” in Sydney. His bio claims that he is “defining a new era of real estate” with his sought after agency, and with his “character, negotiation skills and refined attitude” we can’t wait to binge the entire season of Luxe Listings Sydney.

D’Leanne is the stunningly beautiful principal at Laing+Simmons Double Bay. The stunning realtor has a career in the property business that spans two decades. Not only is she a kick-ass businesswoman, but she’s also a single mum of two!

Simon founded one of Australia’s leading property businesses, Cohen Handler, in 2009, and he is currently the CEO for the company. The company’s website states that Simon has a “strong passion and knowledge” for property – so we’re incredibly excited to have him introduce us to some of Sydney’s most stunning properties. His property portfolio has included homes valued between $500,000 and $22.5 million. Wow.

What’s it all about?

With world famous beaches and breathtaking properties, the synopsis for the new show explains how Sydney one of the most cutthroat real estate markets in the world.

The three realtors who star as the three main anchors in this show stop at nothing to deliver results for their demanding clients. The show follows them as they carry out their jobs with class, while balancing their personal lives in this juicy series.

Erika North of Amazon Studios explained, “Sydney’s real estate market is unlike any other in the world, with Luxe Listings Sydney offering a brilliant mix of big personalities, spectacular properties and high-stakes deals.”

“Prime members in Australia and around the world loved season one, and we are thrilled to be continuing our work with talented Australian producers in greenlighting a second season of Luxe Listing Sydney showcasing the beautiful backdrop Sydney provides and give members a further glimpse into the world-class real estate market in this iconic city.”

Yep, you can watch it below.

Luxe Listings Sydney dropped onto Amazon Prime on 9th July – so if you’re only just hearing about it, hold tight because so are many others. It’s been a slow burn with the audience picking up on it, but since they have the fan reaction has been brilliant.

I have discovered ‘Luxe Listings Sydney’ on Prime which is like Selling Sunset but… in Sydney obviously… and now I have ALL the house envy. Anyone lend me fourteen million Aus dollars? pic.twitter.com/xOmKEyAoZZ

Feel like it’s my civic duty to inform anyone who’s a fan of Selling Sunset that there’s an equally awful (AMAZING) series on Amazon Prime called Luxe Listings Sydney.

5 mins in, someone said “I eat risk for breakfast” so you know you’re gonna love it.

If the current fan reaction is anything to go by, we need to watch this ASAP.

Brighten up your interiors, with Pantone’s colour of the year for 2021 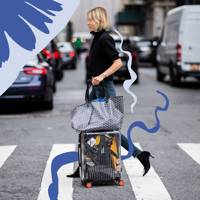