Meet Alex Box, a self-confessed goth, who uses makeup as her medium. In celebration of World Goth Day, makeup artist Alex recalls her goth influences from the world of music and film, and picks her favourite goth-inspired makeup creations that celebrate the joy in the darkness.

“I think you’re born a goth, and ‘goth’ is a label, but what it’s attached to is the spirit of romance, an emotional sensitivity. I’m a happy goth – most goths are. The idea that goths are miserable doesn’t fit well at all. It’s not a dark thing, if anything, it’s an understanding that in melancholy, there’s joy.

It’s also, a celebration of literature and film. I used to be obsessed with Hammer House of Horror and how beautiful, glamorous and untouchable they were. I watched it every Friday with my mum and I completely fell in love with the vampire.”

“I saw myself as a very vampiric woman and I identified with these very strong roles. They weren’t passive, they were the aggressors. Most of the heroines when I was young were in bikinis and attractive to men. When I was 8 or 9, I remember watching Dr Jeykll and Sister Hyde, when he turns into a woman and she was so wonderful and powerful. Also, a vampire film with a bi-sexual woman that had everybody under her power and I thought, ‘I gotta have a piece of this.’

In my teens, it was about the music and one of the very big influencers for me was Susie Sioux. She was much more punk, but still had that untouchable melancholy and kickass attitude. She was a leader, she wasn’t a follower and wasn’t passive. And Toya – I had the Angel and Demons single with four make-up looks on the front and I desperately tried to recreate these with my face paint. This was the start of my obsession with makeup and as every girl or boy in the 80s who was drawn to any romanticism or goth knows, it’s all about image. The elegance, the hair and glamour – it took hours and there’s a nerdiness to it, which really appealed to me.

I looked a full-on goth for six or seven years in my early twenties when I moved to London and worked in Ad Hoc in Kensington Market, which was a goth mecca. Once you’re a goth, you’re always a goth and even if you’re not on the outside, you’re black on the inside, with a black heart. I’m always transient and changing, but I very much have a foot in the goth camp for sure.”

Swipe A Cross
“This draws on the most iconic runway look I did for Gareth Pugh with a red cross that was incredibly powerful. This is my black heroine, a call-to-arms warrior woman who I have in my psyche.

I did it with almost two movements of hand with clay-based pigments, as a painter, I throw it on with action. It’s very much the ritual, the performance and act of putting it on, very much like going into battle. It’s just swipe, swipe. An adornment, a call to arms.

I was thinking about super-heroines and about all the amazing women in my life and wanted to draw on Greek mythology and symbolism, the zeal of the cross. Lighting the candles was the final ritual for my blackness heroine.”

The Colour of Darkness
“This is from one of my performances in Russia. I do it to music and smell and work through a series of layers and characters ending in death. I go through elation and then the music’s really heavy and dark and it ends in a goth explosion, but in a really good way, in a celebration that’s joyful rather than dark.

It shows how black can be juxtaposed against really acid colour and be really harmonious. The colour has a heavier quality, whereas normally you would equate bright colours with fun and playfulness, but when you add texture with the black latex over the top, it can become something much more revealing, and a little more unnerving.”

A Dark Heart
“This is the most intricate piece of makeup I’ve ever done in my life and when I look at it, I still can’t understand how I did it. It took 7 hours and I was just physically drained – and shaking really! Bless the model she was incredibly patient. She went home on the tube like that!

It’s ultra-precision, there’s barely any re-touching. It’s almost as if I work myself so hard to get that level of perfection, it’s pain. Everybody has some pain somewhere that needs an outlet – a lot of time for me it’s channelled through my work and it’s the same with joy. It’s cathartic and when it comes out its visible.

With these very intricate things I go into a zone that is almost meditative, but it’s just the absolute pleasure of making art and being so focused. I can’t plan it. I want to be open. I’m driven to do these performances and feel a very strong cosmetic, spiritual energy that I don’t know what it is or where it comes, but it’s very present the minute I start to use tools and pigment on the face. It’s the artist’s muse, but it’s also a patience and a zoning in that just isn’t in any other part of my life.

I did this for my book [Alex Box] with Rankin. It’s a diary of 2 and half years, that’s the time it took to collate the pictures, but nobody knew I was making it. I had the luxury of time, with a studio set up to just drop in at any point.”

“I love any excuse to be full-on goth and that is Halloween. I’m a mum and I can’t spend three hours doing my makeup like I used to, then get up at six in the morning and go into Covent Garden in a wedding dress. So, Halloween is my precious time to say, ‘Get all the lashes out! Get everything out! Get every single outfit out that I want to wear that is totally inappropriate.’ Not that I need any excuse. I dress up to go to Waitrose. But full-length gown, morning jackets and metre-long hair extensions – it’s my time to fully submerse myself in full goth.

I’d describe it as vampiric glamour. I love the Edwardian splendour of Interview with a Vampire, the Eighteenth Century corruption of lace at the throat. It’s impossible not to be seduced, male or female, by the immortality of the vampire, that’s why Twilight is so popular. This untouchable person, who is also incredibly alluring, eye-opening and romantic. The whole thing is very romantic and very sensual and sexy, ultimately.”

To book tickets and for more information on The Alex Box Performance thealexbox.com 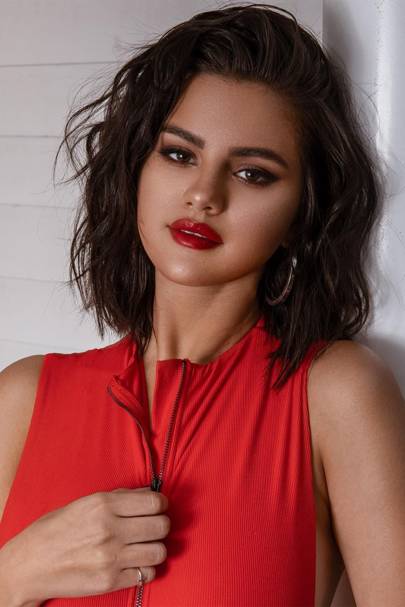 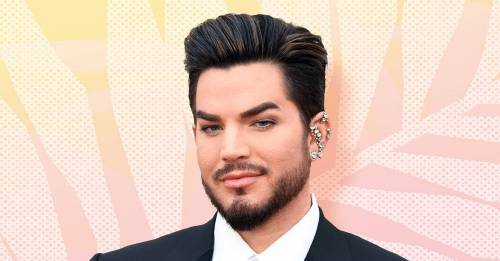