Meet Sir John, the main makeup man to Queen Bey herself, and the artist behind that glowing from head-to-toe Coachella moment and her shimmer and shade Grammy’s look.

A long-term collaborator on her music videos, concert tours, that Super Bowl appearance and those red-carpet stunners. He’s also a go-to for clients including Chrissie Teigan, Karlie Kloss, Naomi Campbell, who all want his signature makeup magic of smokey ‘Spotlight’ eyes and his highlighter tricks that give skin a luminous 24-carat glow. Looks that have us liking his every makeup brush manoeuvre @sirjohnofficial.

Starting out on a MAC counter in NYC, he learnt his skills in store, going on to assist renowned artists including Pat McGrath and Charlotte Tilbury backstage during fashion weeks. It was at the Tom Ford’s first ever womenswear show in 2010 that he first met and worked with Beyonce, and the rest, as they say, is makeup history. You may also recognise him as an American Beauty Star presenter, on the US reality makeup show alongside Ashley Graham.

GLAMOUR got to step inside Sir John’s world and spent four hours with the L’Oréal Paris Ambassador to create four exclusive looks for GLAMOUR’s first ever digital beauty shoot. 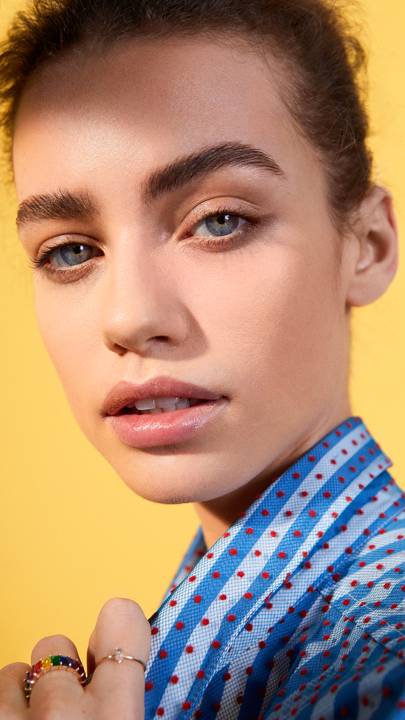 First out, he creates a supernatural base that’s good enough to go filter-free, building up to his signature ’24 Carat’ glow with a soft blush of spring colour on lips and cheeks. Followed by a bright blue wave of colour liner, and a finale of head-turning colour on lips and lids. In his words, “They’ll take you from hero to zero, nine to wine and daytime to disco.”

And believe us, these simple hacks will change your makeup, and maybe even your life! We can also confirm, he’s one mega nice guy.

The aim is to, “Shake what you’re Moma gave you,” says Sir John, so think your skin, just better. And he means real skin in all its glory with, “The natural contours of the under-eye that add dimensional character and the light-reflective quality you get after a session at the spa or gym or after good sex.” Oh, and let’s not forget the killer brows (his secret is a smudge of glue for stay-put hold).

The glow magic doesn’t happen by chance, it takes a serious highlighting strategy, according to Sir John to sculpt, brighten and get that mega-watt glimmer. 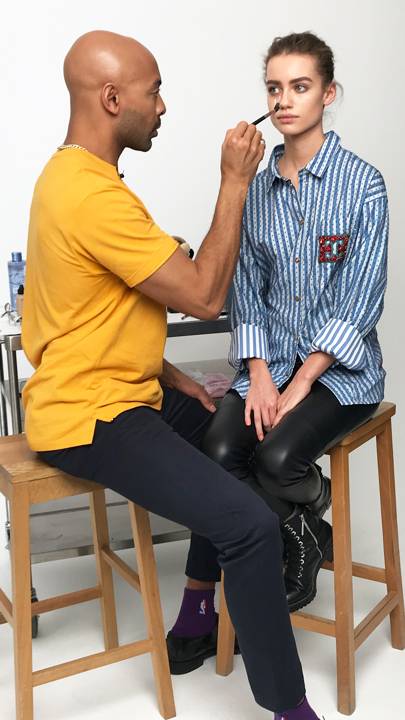 For a punch of colour and when you want to have more fun, create a wave of colour on the eyes with four shades of liner. “It’s another take on denim-blue liner mixing in turquoise shades. I love this feline look.”

“I love statement eyes, if you know anything about my work and the people I work with, you’ll know I love light-reflective eyes with massive impact. The way to get really impactful eyes is to layer pencils, shadows and glitters. I love red and purple together, it reminds me of Cabaret.” But be warned. “Don’t do this eye when your Uber is on the way, sit down in front of beautiful lighting and take your time.”

This is going to be your new BFF

Why Lagom skincare is the major beauty trend