Lyn Paolo pours one out, figuratively, by sharing the heartfelt stories behind her favorite Olivia Pope costumes.

But the "Scandal" costumes sent a deeper message by showing that killer — see what I did there? — fashion is a tool for both inspiring and equipping smart, successful and ambitious women in a professional setting — whether high, low or both. Paolo intentionally mixed high-end fashion (that designers literally ripped off mannequins in the hopes of dressing Kerry Washington) with accessible brands. The costume designer was also on the forefront of tweeting directly with ultra-engaged fans about where to find Olivia and co.s exact wardrobe, or comparable (and affordable) alternatives.

Of course, Olivias power-suiting skews designer — like Proenza Schouler, Dior and Tom Ford, to name a recent few from this season — but Washington and Paolo wanted to make the "Scandal" aesthetic accessible for their devoted fans. So, in 2014 the two collaborated with The Limited for a "Scandal"-themed collection.

"That was our gift to the Gladiators," says Paolo.

With the Shonda Rhimes series coming to a close on Thursday, Paolo — who also costume designs Showtimes "Shameless" and AMCs "Animal Kingdom" (coincidentally known for the male cast not wearing much in terms of costume) — isnt straying far from her "Scandal" family.

"I am actually — and so happily — working with Kerry on her pilot, Man of the House, which she is producing," says Paolo, who also costume designed Rhimess currently-airing ABC legal series, "For The People." "We are having a wonderful time together. We also have a super-secret project that we hope will happen, so… fingers crossed."

But during a free moment, the costume designer was more than happy to get nostalgic over her favorite of Olivias costumes on "Scandal," and reflect on why the moments means so much to her and the fans. Paolo hopes the shows legacy through costume will live on long after Olivia presumably leaves the White House and her fixer days for an idyllic life in Vermont spent with President Fitzgerald Grant [Tony Goldwyn] and an artisanal jam-making business.

"I would want women to look at Olivia and, in fact, all of the cast, as inspirations," says Paolo. "I hope the show has shown women how to be themselves in the workplace and how we can all find our own strut with fashion as our inspiration."

So, who brought the red wine?

"The Tory Birch white trench from the pilot started it all. We still have the trench and it is sadly a bit worse for wear, but I will always have a special place in my heart for Tory and her line because this coat started it all for Scandal."

"This pink jacket by Armani was one of my all-time favorites because, in this episode, we flashback to Olivia before she has met Fitz and we learn that Cyrus actually introduced them to one another. And so begins The Trail. I love that [the Goyard bag in this] look was also pre-Prada."

"I love The White Hat — mostly because it was from David [Rosen, played by Josh Molina], but also because it embodies the Olivia who is on the right path. I also love that it was made here in Los Angeles by Louise Green, a milliner who does amazing work."

"This Max Mara three-quarter sleeve coat was one of our first inspirations for the Olivia Pope gloves. The custom gloves were made by Dorothy Gaspar, again a local Los Angeles artisan, working here in the city and creating the most amazing gloves. The whole look was so much fun and both Kerry and I became such fans of adding gloves whenever possible."

"The black and white Escada gown in this picture was so 1930s and felt so luxe with the beaded panels on each side of the gown. Kerry rocked the look, and when she walked on the set the crew gasped in unison. I always loved how the crew and the guys on set suddenly became such fashionistas — asking who the designers were and how they could get pieces for their wives and daughters. This crew was so supportive and kind, and we all genuinely loved working together."

The Rubin Singer gown that Olivia wore to an event on the arm of the handsome Jake Ballard [Scott Foley] was amazing. Rubin has been so kind to us over the seasons and I am obsessed by his designs. This gown hit all the right markers for the scene and Rubin was an angel in getting it to us so quickly. He will always be on my list of designers that I love to highlight on the shows I design."

"This gown was from Vera Wang, which she kindly loaned to us from her bridal collection. I was in London working on a film and we had to prep our promotional pictures for the start of the season. I spent many long nights awake in my flat in London looking at pictures from so many different lines. However, this gown from Vera really was the perfect choice, and the image of the whole cast together in eveningwear was stunning. I loved how it all turned out. Thank goodness for technology! It makes being on the other side of the world feel like you are in the fitting room."

"Even the Devil Deserves a Second Chance," Season 5, Episode 7

"Another Armani piece: This black and white chevron pattern really did embody the conflict that was going on in Olivias life at the time. I loved the contrast of dark and light within the body of the jacket, but underneath everything was dark. Black, as was Olivias world."

"The Navy T-shirt, what can I say? Its such a simple thing and yet so important to our Gladiators. This shirt was always used when Liv and Fitz were thinking of each other… or were together. Obviously, Kerry is a lot smaller than either of our fellas, so when she wore Fitzs shirt it really was not his; it was just the same style in a smaller size. However, when Olivia wore the shirt as a nightshirt, it was Fitzs real Navy shirt. It really was one of my favorite pieces from the show." 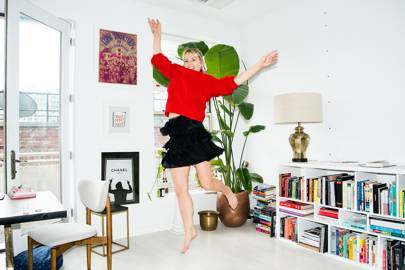 How being ‘sober curious’ totally changed my life 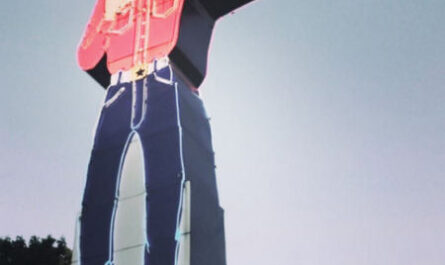