Here are five beauty buys that’ve earned thousands of five-star online reviews each. Because the internet is a labyrinth and we never know who to trust – let’s just go with the power of numbers.

According to Bustle, these five beauties are Amazon bestsellers.

The Bali Secrets Natural Deodorant, £10.99, promises to prevent BO and keep you fresh, as well as being all-natural. It’s made by a small Balinese company from locally sourced ingredients. It’s got no baking soda, no paraben, no aluminum chlorohydrate and no zirconium.

It’s GMO, phthalate and triclosan free, with no synthetic preservatives. And it actually works, according to the 3500 people who’ve given it five stars.

This Asutra Organic Exfoliating Body Scrub is lush, dependable and all-natural. It’s made of 100 percent pure Dead Sea salt, which effectively scrubs off dead skin cells, giving you the smoothest skin you’ve ever had. It’s got plenty of aloe vera blended in with jojoba, argan and sweet almond oils so it’s super moisturising.

The Humane Benzoyl Peroxide Acne Treatment Body and Face Wash, £19.70, has more than 2000 five-star reviews. It’s vegan, it’s cruelty-free and reportedly very effective. It’s got 10 per cent benzoyl peroxide, which is a powerful little ingredient that promises to work its magic on whiteheads, blackheads and even those sneaky cysts.

These Precision Tweezers, £5.95, are perfect for nixing those hard-to-get ingrown hairs. They’re the ideal splinter-removers and they’re exactly what you need for super-precise eyebrow grooming. They’re stainless steel so they’ll last you a lifetime.

This epic makeup organiser we should probably all own

Behold, the Acelectronic Makeup Organizer, £20.99. Rather than stashing our makeup in various little bags or strewn around our bathroom, what if we kept it all neatly in this three-piece makeup storage organiser with two large drawers, two small drawers, and 16 compartments on the top? Sounds nice.

Nikki Wolff, on the beauty trends we’ll all be trying this year 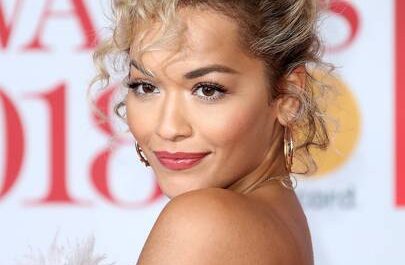 All the show-stopping, jaw-dropping, bomb diggity beauty moments of 2018