Let’s be honest, Ryan Reynolds and Blake Lively are pretty much the only classic loved-up couple we’ve got left. First, we lost Anna Faris and Chris Pratt and now Channing Tatum and Jenna Dewan have announced their separation, so we love gleaning insights into the couple’s love life.

Proving that the couple are as loved-up as ever, Ryan said *the* sweetest thing about his wife at the Deadpool 2 premiere.

When asked for his response to being dubbed ‘Mr Lively’, which he was jokingly hailed by the stars of the film Book Club, he had the perfect response. 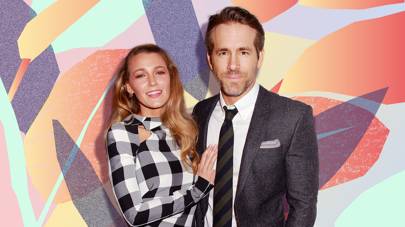 Despite rumours flying around last month that the couple were on the rocks, Ryan took to Twitter to bat away the fake news in the only way he knows how – by being totally hilarious. Responding to an article that suggested they were ‘struggling’ to spend ‘quality time’ together, he said: “I wish. I could use a little “me time””.

Thanks for supplying us with a little comic relief, Ryan.

The pair are notoriously private about their relationship, but Ryan’s previously explained why this is.

“I don’t intentionally try to be evasive about that stuff,” he explained. “If you ask me to describe my relationship, I mean — words are too clumsy to accurately describe how I feel in that regard, particularly in an interview. It’s a strange thing. I understand the climate we live in and why people are curious. But it’s just tough and almost emotionally violent – for anyone, I think – to see your personal life summarized in a sentence.”

We’re SO glad to hear they’re still going strong and as loved up as ever.