Psychotherapist and creator of The Reframing Anxiety and People Pleasing courses, Anna Mathur, explains: “Social media is like a substance addiction – so you get a similar dopamine hit as you would when taking drugs. It’s the immediacy of feedback that is addictive and ultimately, we are hooked.

We let likes and interaction define our self-worth and that is an extremely toxic, damaging relationship to have”.

Coincidentally, I took a step away from Instagram for a few days last week and no longer have the Facebook or Twitter apps on my iPhone. Social media can be a relentless and intrusive place if you’re feeling overwhelmed, and I simply needed to close a few tabs. It seems like we’re all constantly available and doing a digital detox, for however long, often brings a bit of relief from that.

And, if you’re a people-pleaser wanting to stay on top of replies like me, Instagram and Facebook are a total minefield. I ditched WhatsApp two years ago for the same reason, with mounting group messages feeling too much and recognising that it doesn’t do much for my mental health. I bet we’ve all been sucked into the Insta-vacuum, only meaning to stop by for a minute. This is mostly while I have post-shower hair and an urgent need to get ready for the day.

Anna continues, “Watching social media notification alerts building can increase cortisol, a stress hormone. But our minds and bodies need time to switch off and wind down. Feeling constantly connected is directly opposing this need.” If this notifications do trigger a stress response, she recommends both switching them off and having set times in the day to check your social media. 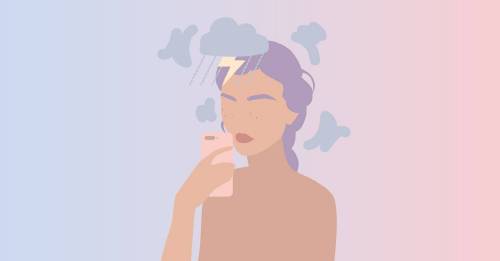 Recently visiting the YMCA in West London, Prince Harry spoke as part of Heads Together, a mental health initiative led by both the Duke and Duchess of Sussex and the Duke and Duchess of Cambridge. During this event, Prince Harry suggested that social media is more addictive than drugs and alcohol, and actually more dangerous too, “because it is normalised and there are no restrictions”.

In my case, Instagram has over the years mostly radiated a positive community vibe. I often use it as a place to share women’s health chat, with the purpose of reaching out to others experiencing similar. But- I think the key here, is recognising that if social media starts to make you feel bad about yourself or a bit worn down, you can (and should) take a step back.

Anna points out: “There is an uprising of encouragement to invest in self-care, yet we are relying on forms of communications that have no inbuilt boundaries, for example we can receive messages 24/7. We then have to work hard to put boundaries in place ourselves, which can require us to go against the flow.”

As an example of this – when Anna who has 60.9k followers and counting on Instagram (@annamathur) had her baby daughter, she turned the Instagram stories message option off. Yet to switch it back on again, nearly two months later, she explains it means her inbox messages are now more intentional interaction, rather than a quick emoji here and there.

Harry’s other concern is young people “can be as connected as they want to be, but they have to have a human connection as well. Without that human connection when you do have a problem you have nowhere to go”. Anna backs this up by explaining online chats will never offer the bonding hormone of oxytocin or happy hormone endorphins which real life exchanges provide.

Plus, it goes without saying that being restricted mostly to social media chats can potentially leading to online bullying as for some, it may feel like there’s no escape. And with these apps being as addictive as they are, this then compounds the problem.

As Prince Harry emphasised though, “we are in an exciting time because everybody in this room has an opportunity to actually make a real difference so that young people coming through are less connected to their phones.”

There’s no doubt social media is intrinsically linked to mental health concerns, but by raising awareness and putting some boundaries in place, the situation will hopefully improve.