And while there’s still a long way to go, there are already hugely groundbreaking discoveries that look set to change our environmental – and sartorial – landscape forever. Particularly when it comes to leather…

Sustainability is one of the biggest buzzwords in the fashion industry right now.

But, far from a fleeting trend, the mainstream interest and ever-growing commitment to the cause is forcing brands to acknowledge it and provide alternatives.

The problem with leather (and most faux leathers!)

We caught up with PETA, who explained the “vegan fashion revolution that is underway.”

“As consumers learn the truth about the leather industry – that every year it kills 1 billion animals, often horrifically – and as they recognise the devastating impact that animal agriculture has on the planet, they’re choosing to turn away from animal-derived materials and towards ethical vegan fashion.” 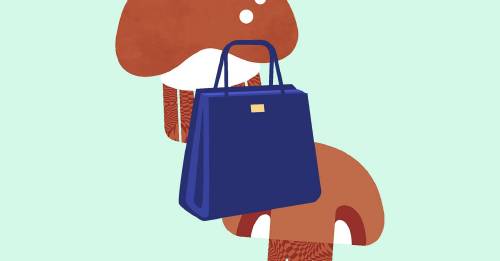 And with the Vegan leather industry reportedly set to be worth $85 billion by 2025, it seems PETA may have a point.

Once a fabric to raise purely ethical questions, brands answered the prayers of customers who hated the idea of animal leather by providing them with a number of PVC-like alternatives. Unfortunately, these are wildly unsustainable.

‘PVC’ stands for Polyvinyl chloride – which is not only the most toxic plastic for our health but it’s also awful for the environment. You just have to know that it’s made from petroleum – one of our more scarce natural resources and one that’s commonly refined into fuel(!) – to understand why. It also emits toxic compounds.

Now you see why there’s a need for innovation…

Whether you’re a fan of them or not, it seems mushrooms may be here to answer a lot of prayers.

Developed and produced by US-based material innovation company Bolt Threads, as well as brands such as MycoWorks and MuSkin, a type of ‘mushroom leather’ called Mylo™ is now a readily available vegan leather alternative.

Relatively simple to make, a substance called Mycelium – which is essentially a mass of cells on the underground root structure of mushrooms – is grown in bulk with additional nutrients to form an interconnected 3D network of the cells. These are then compressed to form a 2D material and then tanned and dyed to form the final product, Mylo™.

Is it *actually* sustainable?

Being a non-animal leather, Mylo™ doesn’t involve raising and sacrificing livestock, or any of the associated greenhouse gases or material wastes. According to Bolt Threads, “Livestock use an astonishing 30% of the earth’s entire land surface and cattle-rearing generates more global warming greenhouse gases, as measured in carbon dioxide equivalent, than all transportation methods.”

Mylo™ also takes days to produce, as opposed to years, and of course does not produce the toxic chemicals that PVC and other ‘faux leathers’ do.

Because Mylo™ is made from organic matter, it is completely biodegradable and non-toxic.

Will it catch on?

As PETA points out, “vegan fashion is now readily available from British high-street stores, luxury labels, and independent designers (many of which produce locally and use recycled fabrics).”

Stella McCartney has already worked with Mylo™, teaming up with Bolt Threads and creating one of her iconic bags from the mushroom-derived material.

Is fashion about to get kinder – to both animals and the environment? We truly hope so. 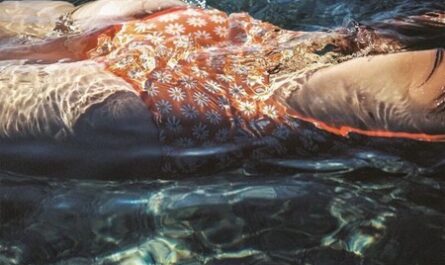