Members of the City’s Department of Health and Mental Hygiene will check the vaccination records of people who may have been in contact with infected patients.

Those who have not received the vaccine or do not have evidence of immunity may be given a violation and could be fined $1,000, the mayor said.

Measles are highly contagious, but the vaccination is considered 97% effective, according to the Centers for Disease Control and Prevention.

“There’s no question that vaccines are safe, effective and life-saving,” de Blasio said. “The bottom line is to recognize that this is something has has become even more urgent.” 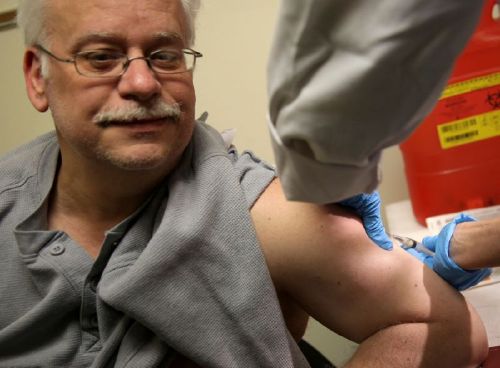 Health Commissioner Dr. Oxiris Barbot said the outbreak was being “driven by a small group of anti-vaxxers” in the targeted neighborhoods.

“They have been spreading dangerous misinformation based on fake science,” said Health Commissioner Oxiris Barbot. “We stand with the majority of people in this community who have worked hard to protect their children and those at risk.”

In February, the department expanded vaccination recommendations for providers serving the Orthodox Jewish community to include an early, extra dose of the vaccine for children ages 6 months to 11 months who live in Williamsburg and Borough Park.

“It does interconnect with the anti-vaxx movement that is not just in the community, its national and its causing lots of problems,” de Blasio said Tuesday.

On Monday, the city Health Department has issued formal orders to all yeshivas – jewish schools – in Williamsburg to comply with the mandatory exclusion of unvaccinated children or face fines and possibly be shut down.

The number of measles cases recorded across the USA rose by almost 100 last week as the annual total continued its march toward record levels, federal health officials reported Monday.

The CDC said 465 cases have been confirmed in 19 states in 2019, the second-highest total since measles was declared eliminated in the USA almost two decades ago.

The surge has been fueled in part by the anti-vaccination movement – most people who contract measles have not been vaccinated, the CDC said. If one person has the disease, up to 90% of the people close to that person will become infected if they are not immune, the CDC warned.

The World Health Organization described the disease as a prominent cause of death among young children, despite the availability of an effective vaccine. More than 110,000 people, mostly children, died of measles worldwide in 2017.

In New York, Barbot is concerned about measles outrbreaks spreading as people travel for Passover, which begins in less than two weeks.

“We’ve seen a large increase in the number of people vaccinated in these neighborhoods, but as Passover approaches, we need to do all we can to ensure more people get the vaccine,” Barbot said.

It’s about time we saw our unedited photos in a different light, here’s how…