Speaking about the new scheme, Work and Pensions Secretary Therese Coffey said it would give people ‘the helping hand they need’ and ‘boost the prospects of more than a quarter of a million people across Britain.’

It comes as official figures revealed that the UK unemployment rate had risen to its highest level for two years.

Chancellor Rishi Sunak said the scheme would ‘provide fresh opportunities to those that have sadly lost their jobs, to ensure that nobody is left without hope’.

However, Labour’s shadow work and pensions secretary, Jonathan Reynolds, said the scheme was too little too late, adding: “By the government’s own admission at least four million people could lose their jobs during the crisis. All it can muster in response are piecemeal schemes and meaningless slogans.

“This new scheme offers very little new support and relies on already overstretched work coaches on the ground, while many of the new work coaches promised have yet to materialise.

Hot on the heels of the furlough scheme, Rishi Sunak today launched the JETS scheme in the hope of equipping people with the skills they need to get back to work.

The ‘Job Entry Targeted Support’ scheme, which is part of a £238m employment programme, will offer jobseekers coaching and advice from 13,500 ‘work coaches’ on how to gain work in ‘growing sectors’ like construction and care.

“It’s too little too late again from a government that simply can’t get a grip on this jobs crisis.”

So is the scheme all it’s cracked up to be? Who can it really help? And how will this expensive project our taxes down the line? We spoke to James Lindley, founder of Castell Wealth Management, to ask him our most pressing questions about the new scheme and what it means for Millennials. 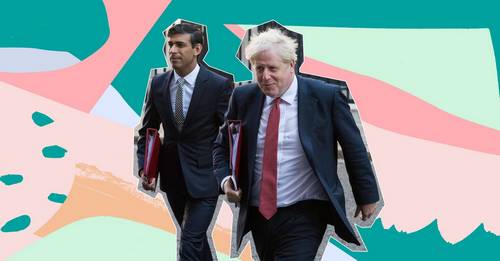 Please can you explain in Layman’s Terms what Rishi’s new JETS scheme is about?

JETS is Job Entry Targeted Support. It is a £238m investment from the government to help individuals find work who have lost jobs during the pandemic. It specifically targets individuals receiving: Universal Credit, All Work related Requirements and New Style Jobseeker’s Allowance who have been unemployed for at least 13 weeks.

It is targeted to those over age 25 who have skills that can be redeployed to other parts of the economy. The chancellor has also pledged to fund work placements for unemployed young people (up to 65,000 placements already achieved).

Initially people should speak with their Jobcentre Work Coach. I would also recommend visiting the Shaw Trust website – a good resource (they are working with the government with this initiative). Contact local jobseekers office or visit the gov.uk website. The scheme has only just been launched (05/10) and is not live in every county yet. It is starting on 19/10 for a number of counties, and then looking to be rolled out to Scotland in early 2021.

Do you think this will help fix the problem?

With over 700,000 Brits losing their jobs since March as a result of COVID, it is a positive development in helping individuals get back into work. Hopefully this will be a positive step to supporting individuals. That said, with over 4 million people likely to lose their jobs, it might not be a meaningful solution.

The government has planned to recruit 13,500 extra coaches to help implement JETS, however these coaches are yet to be recruited, and plans haven’t materialised yet.

What else can people who have been out of work do to boost their chances of employment?

Keep busy and ensure you are working on skills and your CV. The downtime will afford people the time to carry out additional studying or career development, and provides a perfect opportunity to upskill in areas that you might have been considering, but have not got around to doing.

We as a company have launched a further study initiative, financially supporting all staff with any exams or training that they take whilst lockdown continues.

Is this scheme worth the money?

This remains to be seen, and we won’t know until it has been fully implemented whether or not it has any meaningful impact. Ultimately, the government has already acknowledged that ‘not every job will be saved’ so it is likely to only have a limited impact on ensuring people remain employed.

How will the tax payer be paying this back later down the line?

With public spending on track to hit a £400 billion deficit, this will be the largest deficit in peacetime for the UK. It is likely that there will be increases to income tax and national insurance contributions, changes/increases to capital gains taxation sand additional taxation in other areas. We will have to see what the budget in April 2021 announces.

What practical things can people actually do to find work right now?

Upskill – online courses, expand skill set with courses.
Network – attempt to speak with as many people in your industry as possible.
Work out what transferrable skills your previous work might have gifted you (and see what other industries/jobs you might be able to apply for).
Speak to recruiters.
Consider freelance work or fixed-term contracts.
Consider the option of working on a self-employed basis. There will likely be lots of opportunities as the economy recovers, so don’t be afraid to invest in yourself and any business ideas/ventures that you have been putting off.

Realistically, how will the average person notice the impact of all this on the economy over the next 12 months?

Likely won’t notice any meaningful impact in the short term.

Even the government has acknowledged that it will be ‘impossible’ to predict how many jobs will be saved through the various government strategies.

As a country we have become very service orientated and I do believe that we need to modernise industry and expand in industries like technology. Take a look at the FTSE 100, and the largest companies are in oil and gas, banks and pharmaceuticals. No UK technology companies are in the top 10 FTSE 100 companies by market capitalisation. Putting this into perspective, Apple (in the USA, one single company) has a bigger market capitalisation than the entire FTSE 100.