Dame Helen slips on her crown yet again for Catherine The Great, Sky Atlantic’s new four-part drama. For those of you who may have skipped a history lesson or six, Catherine The Great was one of the most powerful – and most certainly the wealthiest – female rulers in history. The eighteenth-century empress managed to depose her husband Peter III and defeat rival after rival including her own son. She did all of this whilst having quite the active sex life which is not hidden in the shadows of this costume drama; it’s refreshingly placed front and centre. Think of it as Hollyoaks on steroids, if you will.
We are all used to seeing Helen Mirren play a royally good Queen after her Oscar-winning star turn as Queen Elizabeth II and her Golden Globe award-winning role as Elizabeth I. However, we are not necessarily used to seeing Helen Mirren playing a royally raunchy queen. This Dame’s corset is definitely loose in this costume drama.

For all the historical fables which circle around this absolute kween, in the hands of Helen Mirren she is made incredibly human, someone who wields supreme power and supreme sexual liberation. And, aside from the opulence of the setting and of course the costumes, the most impressive thing about this drama is how it discusses and celebrates an older woman as a sexually active human. It’s about time, don’t you think? We are used to sexual activity on screen being reduced to individuals under the age of 40 – at a push – and the results here go beyond the term empowering, as Helen Mirren navigates ruling alongside her passionate affair with lover, Grigory Potemkin played by Jason Clarke.

Sitting down to discuss this with Dame Helen herself – over afternoon tea, no less – she remarked that the role – for this very reason – is highly rare. “I am very excited by the possibility of embodying a woman from history who grabbed and then wielded great power,” Mirren said. “She rewrote the rules of governance by a woman and succeeded to the extent of having the word Great attached to her name, Catherine the Great.”

We could all do with being a bit more Catherine in our lives; after all, she plays the men at her own game and if we followed her example, we wouldn’t be in the hands of so many f**k boys.

Powerful women don’t come much bigger and unashamed as this – it’s about time we celebrated such women more. 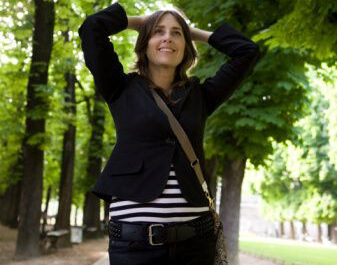 What is there, where to go and with whom to communicate, to live 10 years longer