Veteran Profile: Jack Mitchinson. Jack was born on May 29, 1925, in Niagara Falls, Ont. He joined the Royal Canadian Naval Volunteer Reserve in 1943. 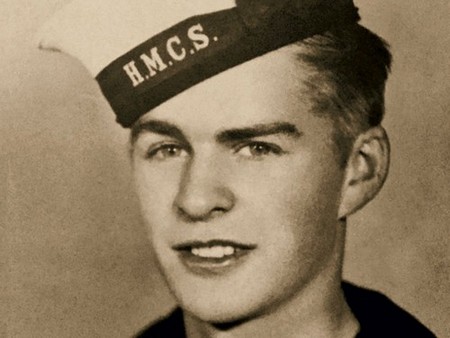 He served on board the HMCS Lachute and the HMCS Charlottetown as a telegrapher and stoker while on Atlantic convoy duty.

“A month or so before we sailed, the first ship we saw was the HMCS Magog, and it had 60 feet of its stern blown off by a torpedo. We were 18 or 19 years old at the time and we thought that would never happen to us… Without the navy to take those ships (convoys) over to England, we would have lost the war.”

Jack was discharged in 1945. He and his wife Helen now live in Chatham, Ont.

For more profiles by Veterans Voices of Canada, click here.