Welcome to the Feminist Forecast, your guide to the feminist highlights coming up in the month ahead. Spanning culture, art, literature and activism, the forecast is by no means an exhaustive list of all feminist activity, but aims to draw attention to a variety of exciting events, new releases and opportunities to get involved in standing up for women and girls.

Laura Bates, founder of the Everyday Sexism Project, has amassed hundreds of thousands of women’s testimonies of sexual harassment, discrimination and assault, and used them to create real-world change. From school classrooms to the British Transport Police to the United Nations, she has taken the stories she’s collected offline to improve sex and relationships education, raise awareness of gender inequality and tackle sexual violence.

As the author of bestselling books, Everyday Sexism and Girl Up, and recent novel The Burning, Laura is at the centre of a recent wave of feminist activism and an explosion in cultural content centred in women’s unique experiences. So she’s perfectly placed to give us the lowdown on the exciting events and important moments ahead as GLAMOUR’s newest columnist. 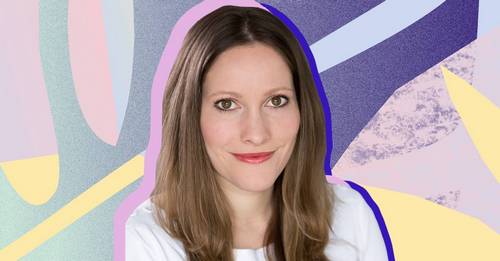 November sees the launch of the world’s first bricks and mortar museum dedicated to gynaecological anatomy, which opens its doors to the public on the 16th. With the noble goal of spreading knowledge, erasing stigma and promoting intersectional, feminist and trans-inclusive values, its first exhibition will be the brilliantly named “Muff Busters: Vagina Myths and How to Fight Them”!

The Witches are Coming

Be on a Feminist Board

If you’ve been looking for an opportunity to become more involved in the feminist movement and haven’t been quite sure how, look no further. Events this month in both Glasgow and Edinburgh offer the opportunity to learn about using your skills to support game-changing women’s organisations like Rape Crisis, Women’s Aid and Engender.

An evening with Judy Chicago

In a rare UK appearance, pioneering feminist artist, author and educator Judy Chicago will discuss her career with writer and art historian Frances Borzello at BALTIC, Gateshead on November 16th. The Centre for Contemporary Art also presents the first ever UK survey of Chicago’s iconic work, open from November until April 2020.

It’s Not About the Burqa

When a leaked conversation in January 2016 saw then-Prime Minister David Cameron talking about the “traditional submissiveness of Muslim women” as a key problem in fighting Islamic extremism, Muslim women in the UK responded with humour, anger and wit. The incident led to a hugely popular anthology, It’s Not About the Burqa, edited by writer and activist Mariam Khan. On November 7th a live event offers the opportunity to hear from Khan alongside other writers, poets and activists as they celebrate the anthology and discuss the contemporary Muslim female experience and intersectional feminism.

Charity Maternity Action is crowdfunding to launch a legal challenge to the Government’s policy of charging destitute migrant pregnant women £7,000 or more to access NHS maternity care. The claim also challenges the charging of other groups of migrant women, including those who have suffered gender-based violence. You can support their case with a donation before the 12th November.

11 Celebrities on Why They DGAF About Cellulite

Is Miss USA ready for its first woman in a wheelchair?