Set to the backdrop of the early 1980s, the real-life story centres around Black British man, Logan. After his father is beaten up by racist police officers, he is inspired to leave his career in research science to join the police force.

As he attempts to reverse the horrific injustice his family have faced, Logan is exposed to the prolific racism embedded in the workforce. “Obviously, the films were made when all these things happened,” he said in an interview with Indie Wire.

“I was very passionate about it.”
The dynamic duo of dreams, John Boyega and Steve McQueen, are back in action. Star War’s Boyega will star as police officer Leroy Logan in Mcqueen’s new drama, Red, White And Blue, and it is already being hailed the best television this year. 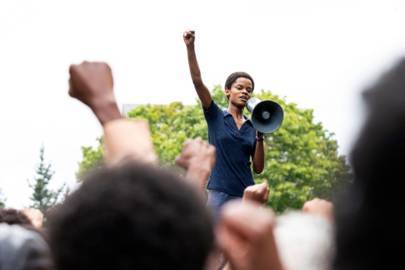 Boyega’s starring role in the hour-long drama comes shortly after he revealed he felt marginalised whilst filming the Star Wars franchise. Speaking to GQ, he said: “I’m the only cast member who had their own unique experience of that franchise based on their race. Let’s just leave it like that. It makes you angry with a process like that. It makes you much more militant; it changes you.

Because you realise, ‘I got given this opportunity but I’m in an industry that wasn’t even ready for me.’ Nobody else in the cast had people saying they were going to boycott the movie because [they were in it]. Nobody else had the uproar and death threats sent to their Instagram DMs and social media, saying, ‘Black this and black that and you shouldn’t be a Stormtrooper.’ Nobody else had that experience. But yet people are surprised that I’m this way. That’s my frustration.” 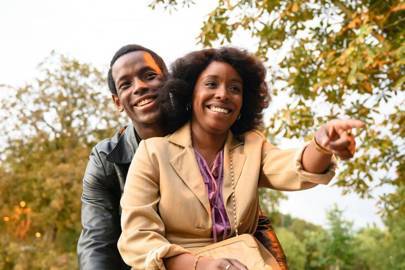 This is the third of five instalment in McQueen’s “Small Axe” series with BBC films, a quintet that explores racial issues specific to the UK. “It started as a TV series,” he revealed. “But as I developed it, I came to realise that these stories needed to be standalone films.

For me, they became individual stories. But obviously they’re linked, and the connective tissue is the Black British experience, the Black Indian experience. These are historical pieces that we need to come to light.”