Perry – who died at the age of 52 in March after suffering a massive stroke – made his last appearance as Fred Andrews in April. Riverdale, which concluded its third season in May, has not yet addressed the absence of his character.

However, the remaining episodes of season three were dedicated to Perry, as were all future episodes.

Riverdale‘s season four premiere will feature a tribute to Luke Perry, showrunner Robert Aguirre-Sacasa announced on Wednesday. The show’s creator took to Twitter to share a photo of the script for the episode, which is titled “In Memoriam” and hint at the planned homage.

“Probably the most important episode of #Riverdale we’ll do this year, if not ever,” he wrote. “A tribute to our fallen friend. Thankful for this opportunity to honor Luke Fred.”

Probably the most important episode of #Riverdale we’ll do this year, if not ever. A tribute to our fallen friend. Thankful for this opportunity to honor Luke Fred. ❤️????‍? pic.MH7xOjNyDu 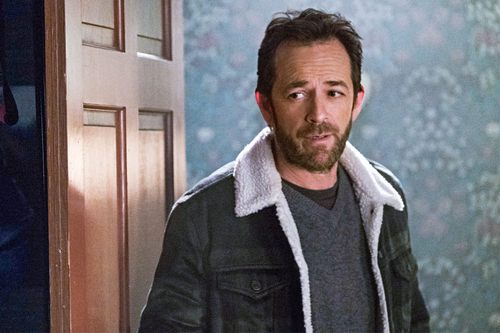 Following Perry’s death, many of the Riverdale castmates shared emotional tributes to the actor, who had been on the show since its 2017 debut. Lili Reinhart even posted an emotional poem about grief and losing someone close to you.

Cole Sprouse also exclusively told POPSUGAR, “He was very close to all of us. And he was an incredibly passionate, well-loved person, and I think the whole world is lamenting his passing.”

I Said “I Love You” to My Partner First, and I’m Seriously Glad I Did

Disneyland Tickets For as Low as $67