Away from Hollywood, the story is much the same and with searches for gender neutral haircuts up on Pinterest by 625% it seems we don’t want our hairstyles to be dictated to us by our gender anymore than we want our salaries to be (looking at you, pay gap).

The red carpets are awash with the same hairstyles we’ve always seen. Long, tumbling waves styled to perfection and handsome buzz cuts paired with chiseled jawlines. The people wearing them, though? They’re a little less traditional. Take Jonathan Van Ness for instance, his swishy mane could rival Beyonce, or Charlize Theron, whose hair has undergone a metamorphosis in recent months from a lob, to a choppy bob, to a pageboy bowl cut and an ultra short crop, complete with undercut.

This is nothing new, non-conformists have been using their hair to express themselves, irrespective of gender, for generations. But undoubtedly, it’s becoming more numerous, with more of us willing to take risks and find a style that feels right simply because we say so and not because it’s expected.

Hair is hair at the end of the day, whether it’s on the head of a man or a woman, which is why woke brands like London’s Chop Chop, StandenMay in Norwich and Brandon May in Manchester among other trailblazing hairdressers and barbers across the UK, have been doing away with out of step pricing systems. There, hair is priced according to length and the time taken to cut it, no matter who the customer is.

We asked leading hair stylist, Sam Burnett, Owner Creative Director Hare&Bone salons, what he thinks has sparked the shift and how to achieve a look that defies gender boundaries.

Have you seen more people asking for genderless hair?

“We have definitely seen a shift in the styles people are asking for,” says Sam. “Often it is an unconscious choice as there are less rules now about what should be considered masculine or feminine. We do also have more considered requests from men and woman who want to challenge tradition and opt for genderless styles or styles mainly associated with the opposite sex.”

What do you think has sparked this?

“Society has become more accepting and open minded and continues to do so,” says Sam. “I think the genderless movement has been influenced by a better and broader representation of sexualities and gender identities in the media within TV series, films, across the music industry with singers like Sam Smith publicly expressing their self, and fashion brands like Gucci and Matty Bovan releasing non gender specific collections.

Even hair care brands like KMS are releasing gender fluid styling products and working with model/campaigners like Rain Dove on global advertising campaigns,” he adds.

What’s the best way to go about achieving genderless hair?

“I think rather than there being a best shape for genderless styles its more about men and women opting for styles to suit their face shape and personal style rather than being governed by traditional societal values as to what is masculine or feminine,” explains Sam.

“Traditionally men’s haircuts would be kept sharp and square as opposed to woman’s styles being softer and rounder, this is all changing as people become braver and desire to express their individuality. Styles that could be considered genderless today are crops, the shag, modern mullet, long bobs and longer lived in looks,” he says.

Where do you find inspiration for it?

“Celebrity culture is fast becoming one of the big players in hair inspiration, with popstars like Justin Bieber and Christine And The Queens, actors like Ruby Rose and model Cara Delevingne and even sports stars such as David Beckham who lead the charge for guys to embrace grooming. The fashion industry is a massive inspiration and has been championing the genderless and individuality message for some time now,” says Sam.

Historically has there been a difference in the service for men and woman?

“Traditionally the majority of men would go to a barber and wait to be seen by the next available barber and the experience would have been considered more functional than pampering. But hair salons are becoming more genderfluid and the barber shop experience has evolved to embrace grooming along with the societal shift from men,” says Sam.

Why has pricing tended to be higher for woman compared to men?

“I believe this is because traditionally men considered getting a haircut to be a necessity as opposed to women who valued the experience as luxury and style choice. Men would also have shorter and more frequent visits to the salon so this was reflected in the price. These days salons like Hare&Bone offer the same time for men’s and women’s appointments and our pricing reflects this,” explains Sam.

Calling has left us feeling self-conscious about our faces 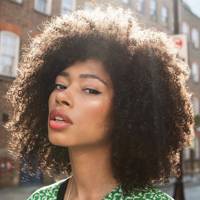 How do I know which dye to choose for my hair?