But Barbie has often been at the center of controversy, especially surrounding her looks. Her figure has been the subject of criticism since the doll was first introduced, with some viewing the toy as a symbol of male oppression, and as girls grew increasingly image-conscious over the years, parents started to fear the doll was sending the wrong message.

There’s a lot to love about Barbie. Designed to inspire the limitless potential in girls, she’s had over 200 careers and created countless stories. From an astronaut to a surgeon to a presidential candidate, she was given opportunities long before real women, allowing little girls to imagine themselves in these roles.

However, this was never her creator’s intention. When Ruth Handler first introduced Barbie to the male-dominated toy industry in 1959, she was the first fashion doll with a three-dimensional, adult female form. This in and of itself was radical. And according to Carol Spencer, Barbie’s longest running clothing designer who worked at Mattel from 1963 to 1998, the formulaic form wasn’t all that ill-conceived.

“I don’t think she was out of proportion – people don’t understand doll scale. And she’s a doll! Part of Barbie will always be fantasy,” Spencer said in an interview with People. 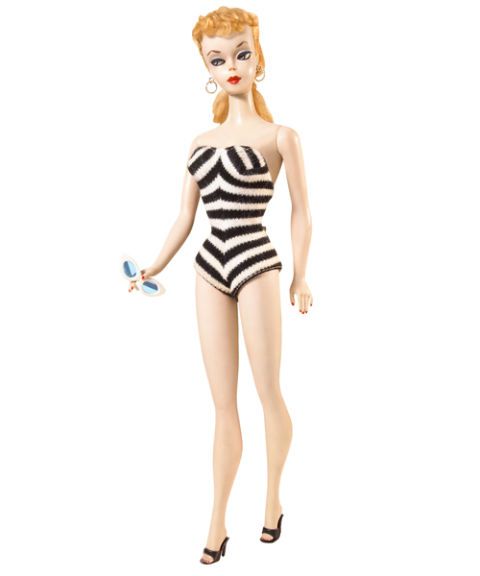 While she may be right in saying that most people don’t understand the formulas of doll design, there’s no denying the idealized proportions of the original Barbie. For years Barbie was characterized by long legs, curvaceous hips, a nipped waist, and perky breasts. As calculated by Parents, if a real woman were to have Barbie’s proportions, she’d have approximately a 39-inch bust, 18-inch waist, and 33-inch hips – not to mention those permanently arched feet. This, of course, is unrealistic. 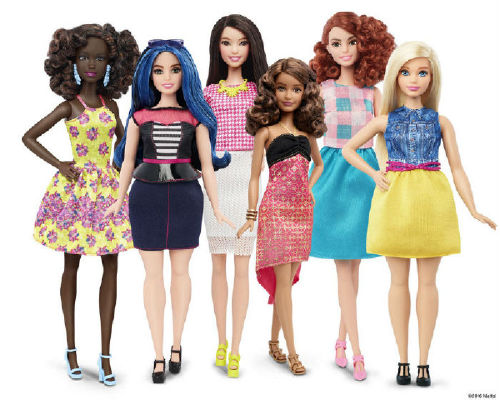 But much like our ideas of beauty, Barbie has evolved. In 2016, Mattel introduced petite, tall, and curvy versions of the doll. At the time, the company also added seven new skin tones and 24 new hairstyles, further diversifying the collection. A year later, as part of the “Shero” collection, Mattel debuted a doll outfitted in a hijab, modeled after Muslim-American Olympic fencer Ibtihaj Muhammad. The goal of these new dolls was to allow girls to “find a doll that speaks to them” – and boost the brand’s declining popularity. The company saw a 20 percent drop in sales between 2012 and 2014.

Though these changes seemed like the obvious move for a company in the 21st century, modifying the doll with a new design was no easy decision. Giving Barbie a makeover was a massive investment for Mattel. “A lot of people see the product on the shelf and think: ‘Just change it!’” Kim Culmone, vice president of design for Barbie at Mattel, said in a Hulu documentary from 2018. “But it’s a huge operational undertaking. You’re talking about a system of play that for 56 years has existed in simplicity – meaning the clothes fit, everybody fits in the car, the elevator. But when you are talking about a doll that is taller or a doll that is curvier, our entire system of play has to shift.” 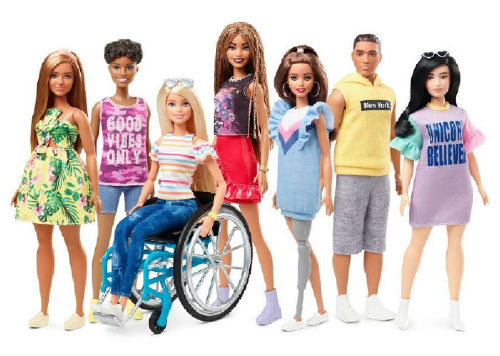 Shift it did. Now, in an attempt to be even more inclusive, the brand is introducing a fourth shape, with a smaller bust and less defined midsection. Mattel is also recognizing disabilities, and in June, Barbie will debut a doll that uses a wheelchair (the most requested item from fans) and a doll with a removable prosthetic leg. The design team worked with the UCLA Mattel Children’s Hospital and wheelchair experts to make sure both the wheelchair and prosthetic limb were as realistic as possible. Along with the new dolls, a compatible DreamHouse ramp will be sold. 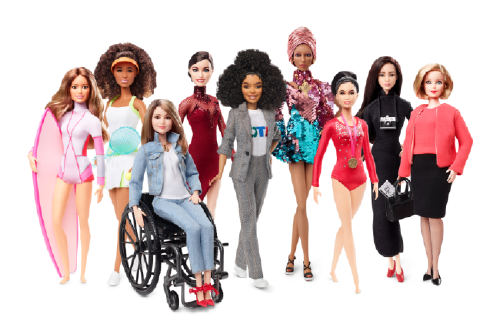 What’s more, as the brand celebrates 60 decades, Barbie is shining light on women who are breaking boundaries in a variety of career fields. More than 20 women, ranging from 19 to 85 years old, across multiple countries and continents and speaking 13 languages, will be represented. The diverse lineup will include Naomi Osaka, a Japanese Tennis Champion; Yara Shahidi, an American actress; Adwoa Aboah, a British supermodel and founder of Girls Talk; Dipa Karmakar, and artistic gymnast from India; and Mariana Costa, co-founder of Laboratoria, a social impact start-up working to bring more women into the Peru tech sector.

With Barbie’s 60th birthday approaching, Mattel is committed to representation, and everyone can probably agree that the lineup looks better than ever. The brand now offers girls a variety of skin tones, eye colors, hair colors and textures, body types, fashions, and careers to choose from – and it’s paying off.